Speculation continues to suggest that there could be major changes at Arsenal this month, so what could their XI look like by the end of January?

As much as Arsene Wenger will want to avoid losing his best players, it sounds almost inevitable that Alexis Sanchez will move on this month.

With the Chilean international having less than six months remaining on his current contract, it arguably makes more sense for the Gunners to now just cash in rather than lose him for nothing at the end of the season.

According to BBC Sport, Man Utd are leading the race to sign him with Arsenal hoping to receive £35m, and so not only will that finally bring an end to the uncertainty over his future, but it will allow Wenger a chance to rebuild without him.

So where do Arsenal spend their money? As per Sky Sports expert Guillem Balague, the Premier League giants are positive about their chances of landing Borussia Dortmund forward Pierre-Emerick Aubameyang.

The report adds that the Gabon international could cost £53.4m, but taking into consideration his goalscoring record in Germany, he would be an impressive addition to the squad.

Aubameyang has scored 141 goals in 212 games for the Bundesliga outfit, enjoying his most prolific campaign yet last season with 40 in 46.

It could be bad news for summer signing Alexandre Lacazette who is currently struggling for form, but it’s time Arsenal had world-class options in different positions as they look to compete on various fronts, while the pair could even work together.

However, coupled with the signing of Bordeaux starlet Malcom, with The Independent suggesting that the 20-year-old will join in a possible £40m deal, it does raise question marks over who will get the nod in the starting line-up.

The Brazilian ace has seven goals and six assists in 22 appearances in all competitions so far this season in his preferred position on the right wing, but while he acclimatises to the Premier League, if he does move, then that would arguably give Arsenal a different option to start with.

It’s all quite doom and gloom at Arsenal currently, as following their 2-1 defeat to Bournemouth at the weekend, they’ve now slipped eight points adrift of the top four.

Coupled with losing Sanchez, and uncertainty over Mesut Ozil and Jack Wilshere to name a couple of players still on expiring contracts, there is likely to be some concern.

However, signing Aubameyang and Malcom this month would undoubtedly lift spirits and hopes, but it remains to be seen if deals can be done and if the XIs put forward here come to fruition. 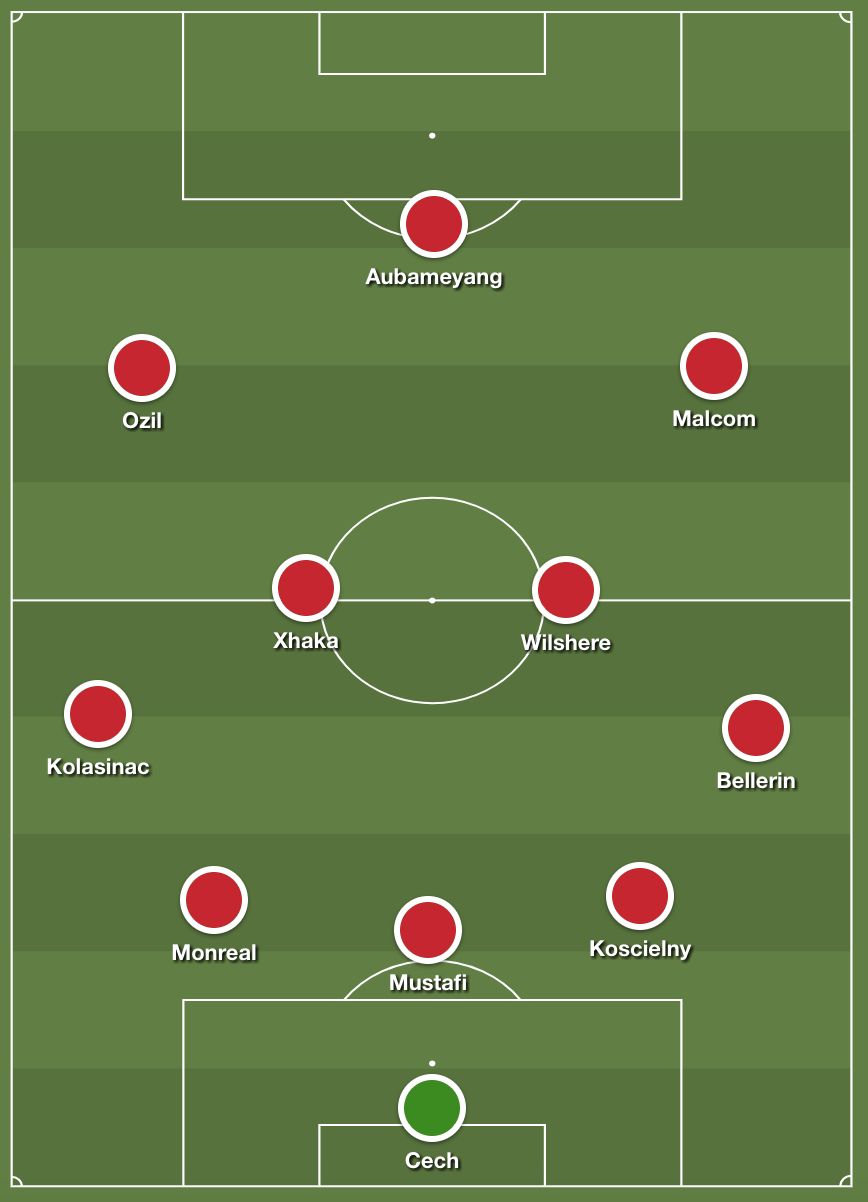