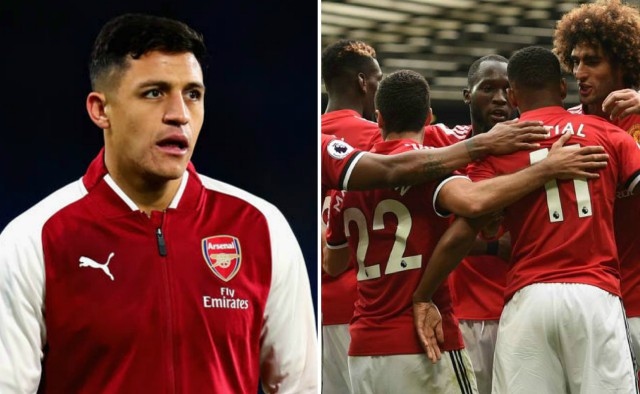 Speaking after tonight’s game, Neville told Sky Sports that he believed the addition of Sanchez could help get the best out of attacking duo Anthony Martial and Romelu Lukaku.

United had a fine game against Stoke, running out 3-0 winners, and Neville thinks Sanchez would just take their attack to another level.

The former right-back praised the Chilean’s work ethic and quality, and believes the likes of Martial and Lukaku will look at him and be motivated to improve themselves.

‘When Sanchez is playing like Sanchez can he is infectious to his team-mates, so I would imagine when you see his work rate, his work ethic – he’s incredible Sanchez,’ Neville said.

‘That should rub off on everybody else, so Martial, Lukaku, should see him scurrying around, a world-class player scurrying around, he’s played at Barcelona, and they should think “right, I’m going to do that as well.”‘