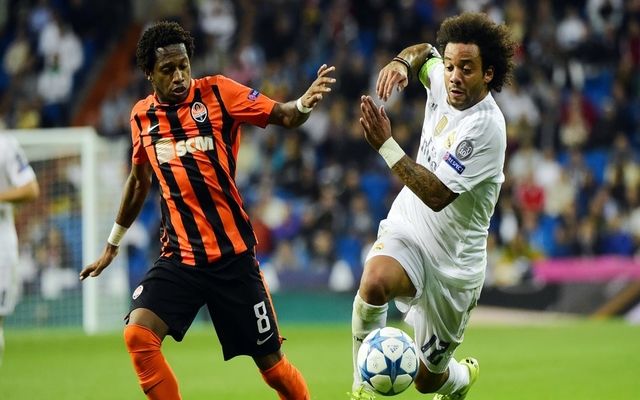 As per BBC Sport, the Premier League leaders are no longer in the hunt for the Chilean international, who now appears closer to a move to rivals Manchester United.

In turn, the Spanish tactician has seemingly opted to consider other targets, with The Telegraph suggesting that he will look to address the lack of a long-term option in the defensive midfield position.

Fred, 24, has been identified as a possible solution, although it’s added that he could cost over £40m to prise away from the Ukrainian giants.

Whether that’s a fee that City are willing to meet remains to be seen, but as rightly pointed out in the report, Guardiola will need a long-term replacement for the likes of Yaya Toure and Fernandinho in that crucial holding midfield role in front of the defence.

With Toure tipped to leave this summer and Fernandinho 33 later this year, City surely can’t continue to rely so heavily on the latter as he’s made 30 appearances in all competitions already this season.

That’s a heavy workload, and so while City do have a problem to address up front, especially with Gabriel Jesus currently sidelined, perhaps they’re better off depending on Sergio Aguero for the time being and bringing in a defensive midfielder like Fred if the opportunity arises in the summer.

Further, with no Sanchez deal likely this month now, a new striker may well also arrive ahead of next season.