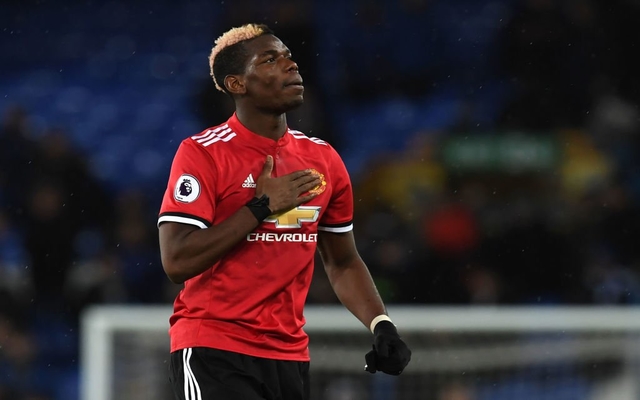 Paul Pogba put in a superb display for Man Utd in their win over Stoke City on Monday night, and he’s getting deserved plaudits.

Question marks have been raised over the Frenchman, while even United legend Paul Scholes implored him to do more not so long ago as he felt he was still lacking the star influence to separate him from the rest like he displayed at Juventus, as seen in the video below.

“Nobody in England should be able to get near him!” ?

“I think he’s being asked to play a role where he’s not comfortable.” ?

Paul Scholes questions whether Man Utd are getting the best out of Paul Pogba… #PLTonight pic.twitter.com/2OGF4AmHp9

However, Monday’s win extended a sensational run for the 24-year-old which has now seen him go unbeaten in the last 35 Premier League games that he has featured in, winning 22 with 13 draws.

The next closest is Man City’s Gabriel Jesus at 28, with a whole host of other City players following on as Pogba is in a league of his own when it comes to that statistic.

Meanwhile, United’s midfield maestro now has nine assists in the Premier League this season, the same as Leroy Sane and Kevin De Bruyne. The only difference is that he’s played 13 less than games this year which goes to show just how impactful he is when he’s on the pitch.

Pogba also boasts a better passing accuracy at 85% compared to the Belgian’s 83%, while he now has the highest assists per 90 minutes in the top five leagues around Europe at 0.67 for players who had made more than 10 appearances, as per Squawka in the tweets below.

Perhaps it doesn’t feel like he’s doing as much all the time, but the numbers don’t lie. What matters most of course is the trophy haul at the end of the season rather than the individual statistics, but Pogba has stepped his game up and is delivering for Jose Mourinho’s men right now.

Three players have now registered 9 assists in the Premier League this season:

Pogba has only played 13 games this season. ? pic.twitter.com/XdjE1gtHrR

How do Paul Pogba and Kevin De Bruyne actually compare in the Premier League? – https://t.co/PEd888JWLK