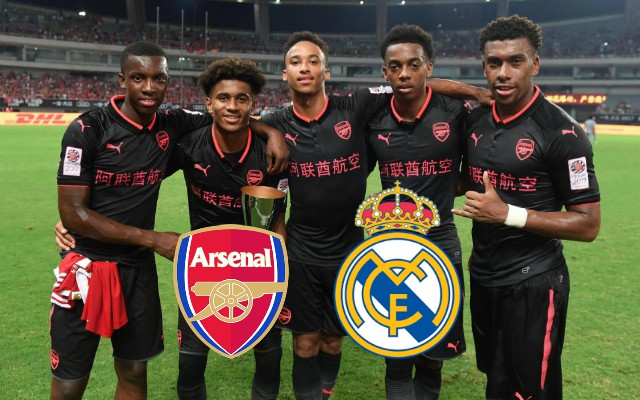 Real Madrid are eyeing up a surprise raid on Arsenal for highly-rated young winger Reiss Nelson as part of a shake-up that could see Gareth Bale leave, according to shock reports in Spain.

President Florentino Perez seems keen to build for the future and has apparently been impressed by the potential of Nelson, who has shone despite limited opportunities in Arsenal’s first-team.

The 18-year-old stood out when given the chance in pre-season, and he’s managed 11 first-team appearances this season, coming mostly in the Carabao Cup and Europa League.

Still, Don Balon claim Real Madrid are looking at the teenager and believe he could be one potential replacement for Bale, whom they seemingly believe is heading for a move to Manchester United. 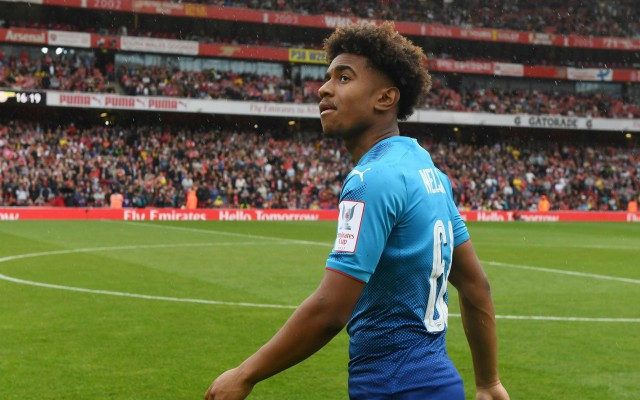 Reiss Nelson of Arsenal has been linked with Real Madrid

The Wales international has not been at his best at the Bernabeu for some time now, though many would have expected Los Blancos to replace him with a bigger name in attack.

Nelson has also mostly played at wing-back for Arsenal’s senior side, even if he has looked more at home in attacking midfield at youth level.

The England Under-19 international has long looked one of the most exciting prospects coming through Arsenal’s academy, so it could be that Real are onto something by looking to snap up this top up-and-coming talent.