Napoli could be set to rival Jose Mourinho’s Man United in the race to secure the signing of PSG and Brazil winger Lucas Moura.

This is according to the Sun, who were re-reporting Italian news outlet Gianluca Di Marzio, who state that the Italian side may join the hunt for the 25-year-old South American should they fail with their move for Italian Simone Verdi.

The news outlet are also stating that United, as well as other clubs, are interested in Moura, and that the player has only been able to amass 85 minutes play time this season due to injury. 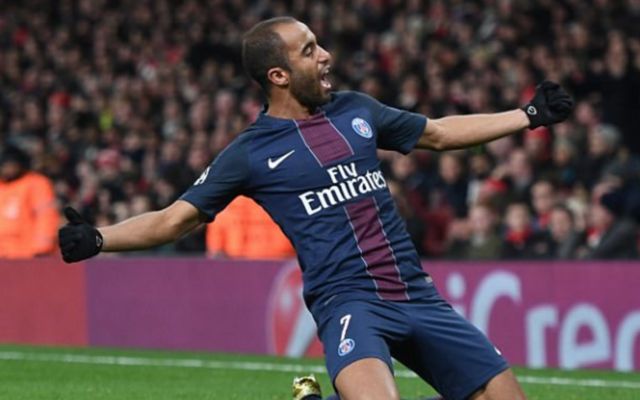 Since arriving in France from Brazilian side Sao Paulo in the summer of 2012, Lucas has managed to make his mark at the Parc des Princes.

So far for the French giants, the former Sao Paulo forward has managed to amass a total of 46 goals and 50 assists in 229 appearances, a decent return.

Since the start of this campaign, the Brazilian has found his first team opportunities slim due to injury, with Lucas only making six appearances in all competitions.

The summer arrivals of duo Neymar and Kylian Mbappe have done the winger first team chances no good either.

Should Napoli end up upping their interest in Lucas, it’ll be interesting to see if either side can pry the player away from the hands of PSG.