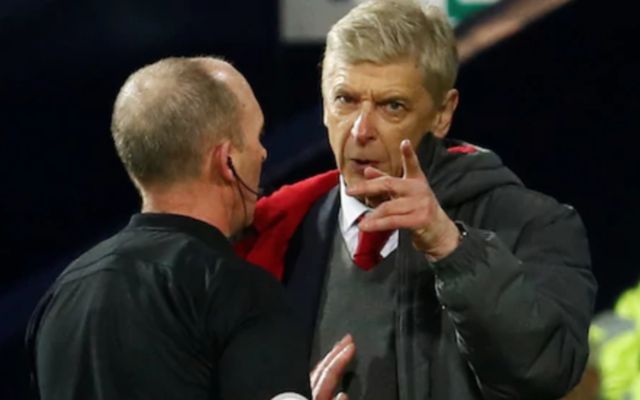 The details behind Arsene Wenger’s three-match ban have been revealed, with the Arsenal manager branding referee Mike Dean a “disgrace” during his side’s 1-1 draw with West Brom earlier this season.

This is according to the Independent, who state that the Frenchman received a three-match touchline ban and a £40,000 fine from the FA for the words he said to Dean after his side’s stalemate with the Baggies on December 31st.

The news outlet state that after the match, Wenger said to referee Dean that “you’re supposed to be a professional, you’re a disgrace”, words that were revealed by the FA. 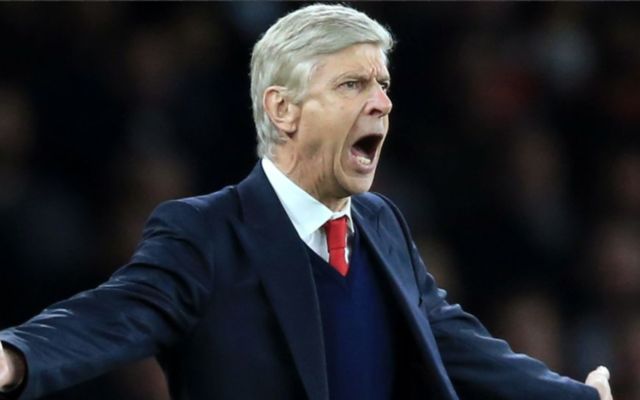 This season, Wenger has had a difficult season with the north London side, as the Gunners currently sit in sixth place in the Premier League table.

The club have lost six of their 23 games so far this campaign, with Wenger’s side also 23 points behind their rivals Man City, who are sitting top at the of the table.

Despite making the semi-finals of the League Cup and advancing into the round of 32 in the Europa League, the Gunners’ poor league form has seen some fans call for Wenger to leave.

During his time with the club, Wenger’s had given Gunners supporters many happy memories, with the Frenchman winning the club three league titles, seven FA Cups and seven Community Shields during his tenure.

Following this report, it seems as if Wenger may be losing his cool a bit as his time at Arsenal’s manager continues to carry on.