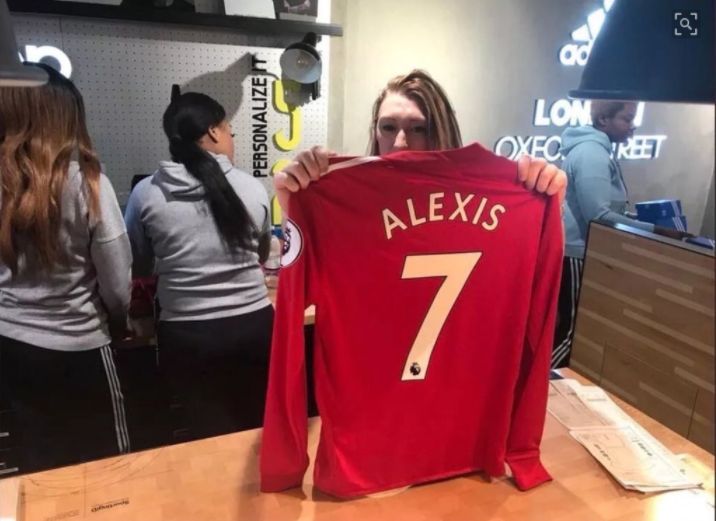 Several Twitter users have posted photos of ‘Alexis 7’ Manchester United shirts being sold in an Adidas store in London today amid reports that the Arsenal star’s transfer is close.

Gianluca Di Marzio have reported the latest update, saying Alexis Sanchez is in Manchester ahead of finalising his move, which could be completed in hours.

The Chile international joining the Red Devils would be one of the stories of the season and it’s no surprise that some are getting pretty excited about the deal.

So much so that Sanchez already seems to have his shirt in stock in some parts of London, though it’s not confirmed yet what number he is set to take at Old Trafford.

The #Adidas store in London, are printing #MUFC shirts with ‘Alexis 7’! ? pic.twitter.com/QMrG0bECTP

The ‘7’ shirt is a special one at United, with club legends such as George Best, David Beckham and Cristiano Ronaldo among those to wear it.

It is currently vacant, and Sanchez seems a natural fit for it, having worn it for Arsenal since the start of last season.

This could just be a publicity stunt of sorts, but it’s perfectly possible someone may have been tipped off about the completion of the deal and what number the 29-year-old will take at his new club.