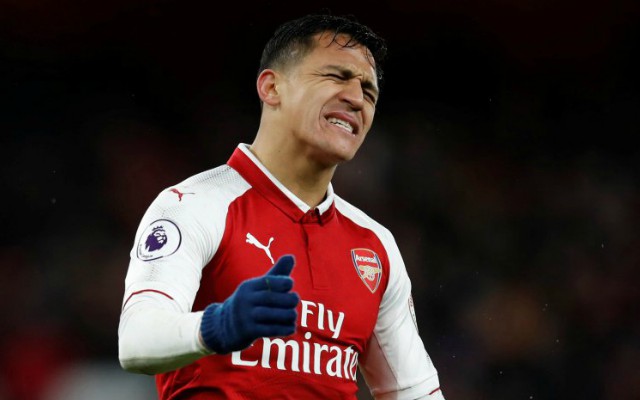 Manchester United legend Phil Neville believes Liverpool’s superb recent form may have been a motivation in his old club moving to seal the transfer of Arsenal star Alexis Sanchez.

The Sun claims the Red Devils are close to completing a huge move for Sanchez, and Neville is clearly excited about the deal as it seems to edge closer to completion.

While it’s clearly a big boost for United to get one over rivals Manchester City, who had long been tipped as the favourites for the Chile international, Neville also believes Jose Mourinho may have done so out of fear of Liverpool overtaking them in the Premier League.

Less than a week ago ESPN still had City as Sanchez’s most likely destination, but United have sent a major message to a number of their rivals by appearing to seal this exciting move.

“I think Mkhitaryan would be a fantastic signing for #Arsenal.”@Fizzer18 says moving the Emirates could be the ideal switch for the #MUFC midfielder. pic.twitter.com/YRHGchltjW

It may not be enough to catch City in the title race this year, but Neville hopes it can give the club hope of fighting off a challenge for second place from Liverpool.

‘I think it’s a sensational deal for Manchester United,’ Neville said of the Sanchez move on BBC 5 Live.

‘I think maybe because of the form of Liverpool in particular it’s hurried up the need for someone to come in and give them a boost.

‘I think United will finish in the top four and in second place but I think the form of Liverpool must be a worry because they’re playing unbelievably at this moment in time.’

Liverpool have won ten and drawn four of their last 14 Premier League matches to put themselves in a strong position to secure a top four spot this season, and perhaps more as they sit just three points behind rivals United.