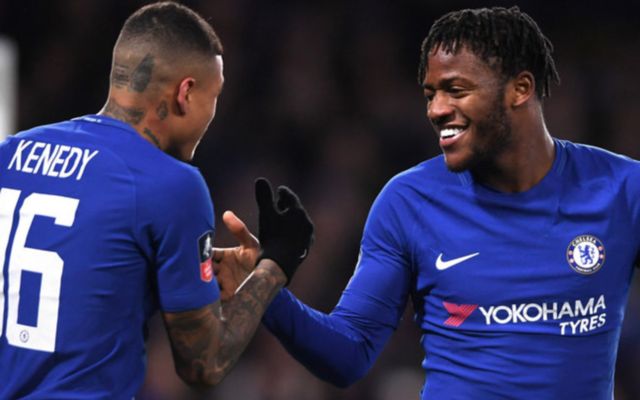 Chelsea had to rely on penalties to overcome Norwich in the FA Cup this evening, with the Blues going down to nine men in extra time as they advanced into the fourth round.

The home side opened the scoring in the 55th minute, after forward Michy Batshuayi turned home a cross in the six yard box to put the Blues ahead.

The Canaires equalised in the 94th minute, after Jamal Lewis turned home a cross to send the tie into extra time.

Conte’s side were then reduced to 10 men, after winger Pedro was shown a second yellow card for a foul on Wes Hoolahan in 117th minute.

The Blues were then reduced to nine men in the 121st minute, after forward Alvaro Morata was shown two yellow cards in quick succession.

The home side eventually prevailed in the shoutout, with all their players converting their penalties, as Conte’s side scraped into the next round of the competition.

Norwich defender Tim Klose was excellent tonight, with the German trying his best to stop Chelsea every time they ventured forward.

The centre-back also payed a big part in the Canaries’ 94th minute equaliser, as Klose’s fantastic whipped cross was turned home to send the match into extra time.

This fans sums up the defender performance tonight pretty well

Klose must be watching the game 5 seconds ahead of everybody else. Class.

Chelsea forward Alvaro Morata had a horrid time tonight, with the Blues forward being sent off ine xtra time as his side were reduced to nine men.

The Spanish international received his first booking for diving, with his second coming for dissent after he complained to the referee about his decision to book him for simulation.

Morata really is awful. 9 yards out and hits it straight at the keeper.

These fans certainly weren’t impressed with Chelsea’s performance this evening!

Deserved from Norwich, pathetic from Chelsea. So poor.

so undeserved, chelsea were awful

Great effort from Norwich. Any Chelsea fans out there should be humiliated. Awful performance and Morata??? ??? #ncfc #cfc

Chelsea have been awful loool. Used all their subs too so can't bring on their only relevant player ahaha.

Chelsea are awful. Some of the really basic things like 5 yard passes were impossible for them. Boring to watch