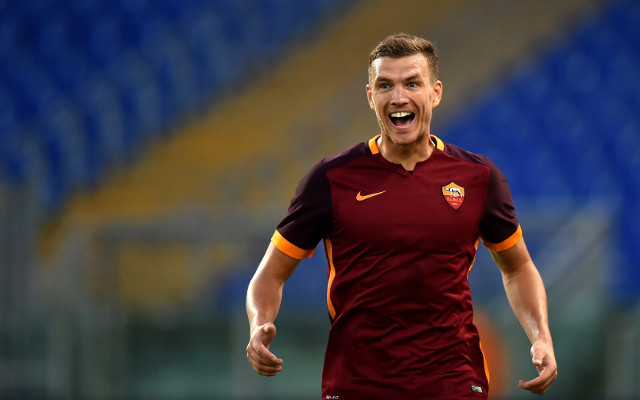 Two of the major issues with Antonio Conte’s current squad lie up front and at left-back, with the Blues scoring just one goal in their last four games in all competitions as Alvaro Morata, Eden Hazard and others have struggled in the final third.

Further, Marcos Alonso has made 30 appearances already this season, and with a lack of competition and cover, he has regularly played a full 90 minutes in each game he has featured in and that surely can’t continue for the rest of the campaign.

Signing Dzeko and Palmieri would address those two problem areas, with the former finding his goalscoring touch last season to win the Capocannoniere award as the top goalscorer in Serie A while he bagged 39 goals in 51 appearances overall.

As for Palmieri, he has had to work back from a serious knee injury, but while he had impressed prior to that, the 23-year-old has only made one notable appearance so far this season which came in the Coppa Italia defeat to Torino last month, and that could perhaps be a concern.

Nevertheless, according to Sky Sport Italia expert Gianluca Di Marzio, Chelsea are launching a €50m bid to sign them both, with Batshuayi moving to the Stadio Olimpico on loan to fill the void left up front by Dzeko too as the Belgian ace simply hasn’t convinced Antonio Conte in the last 18 months, as evidenced by his lack of football.

However, it’s added that Roma are looking for €65m, which is a significant difference, but it does suggest that the capital club could be open to discussing a deal.

It wouldn’t make much sense from a Roma perspective to lose their top scoring threat, while for Dzeko if he did seal a move to west London, it would be his second crack at the Premier League following his previous spell with Manchester City which ended with two league titles and an FA Cup.