Chelsea are reportedly closing in on the transfer of Roma left-back and Liverpool target Emerson Palmieri in a £20million deal, according to the Sun.

The Brazilian defender has shone in Serie A and Antonio Conte could do with more depth in that left wing-back slot between now and the end of the season.

Palmieri looks like a decent signing on the cheap, a far easier option than signing Juventus’ Alex Sandro in that position.

The Telegraph linked Chelsea with interest in Sandro earlier this season, but mentioned that Juve’s £60million asking price for him would likely put them off pursuing a deal. 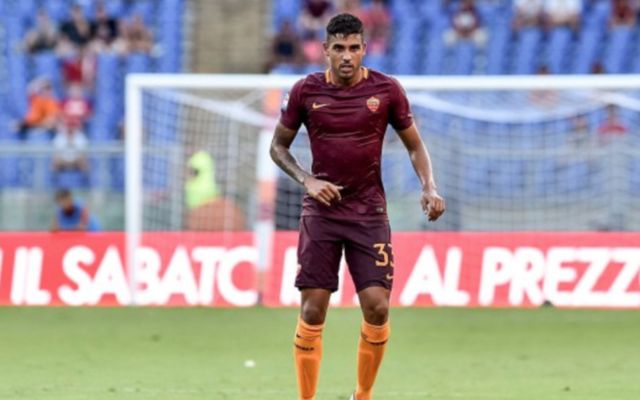 It now seems Chelsea will opt for the far cheaper Palmieri instead, with his agent quoted in the Sun’s piece as saying this would be a dream move for his client.

This is despite apparent interest from Liverpool a few months back, as reported by Calciomercato and Gazzetta dello Sport journalist Nicolo Schira at the time.

Palmieri’s agent Fernando Garcia said: ‘Of course yes, absolutely, the two clubs are now talking, we’ll see if it will be successful.

‘There’s still nothing certain, we are in a stage of discussion and evaluations.

‘It would be a dream: Conte is a top manager, one of the best and most successful in the world.’

Marco Alonso has largely impressed in that wing-back role on the left for Chelsea, but the need for more depth seems clear given the Blues’ involvement in more competitions this season than last.

Conte was able to play almost the same side every week last term due to being out of the Champions League, but the club’s European commitments this year mean more backup is surely needed.