Man Utd are on the brink of signing Alexis Sanchez this week, and focus is starting to switch to how he will fit in at Old Trafford.

The Chilean international is a versatile attacking player, capable of playing in various roles in the final third. However, based on the current options at Old Trafford, he could be forced to adopt a new role as The Telegraph note he has agreed on personal terms with the Red Devils.

Sanchez has been predominantly used either on the left flank cutting in or up front for Arsenal, but given the current options at Man Utd, he could be told to play on the right.

That’s due to the presence of Romelu Lukaku up top as the main striker, while Anthony Martial will be a popular choice to keep his place on the opposite flank.

The below formation may even morph into a 4-2-3-1 at times with Jesse Lingard likely to get into more attacking positions, with his recent form ensuring that he gets the nod in the starting line-up.

However, with Paul Pogba back in the role he had at Juventus on the left of a midfield three, a position in which he emerged as a world class player in Turin, coupled with the defensive coverage that Nemanja Matic can offer in the holding midfield role, this system with this personnel could offer real balance and quality.

Whether or not that’s what Jose Mourinho goes with remains to be seen, as Sanchez could even get the nod on the left wing, or in a more central role either as a second striker to Lukaku or a more advanced playmaker position.

That’s part of the beauty of the signing from a United perspective, as it gives them flexibility to be more dynamic in attack and they’ll hope that it gets the best out of all concerned. 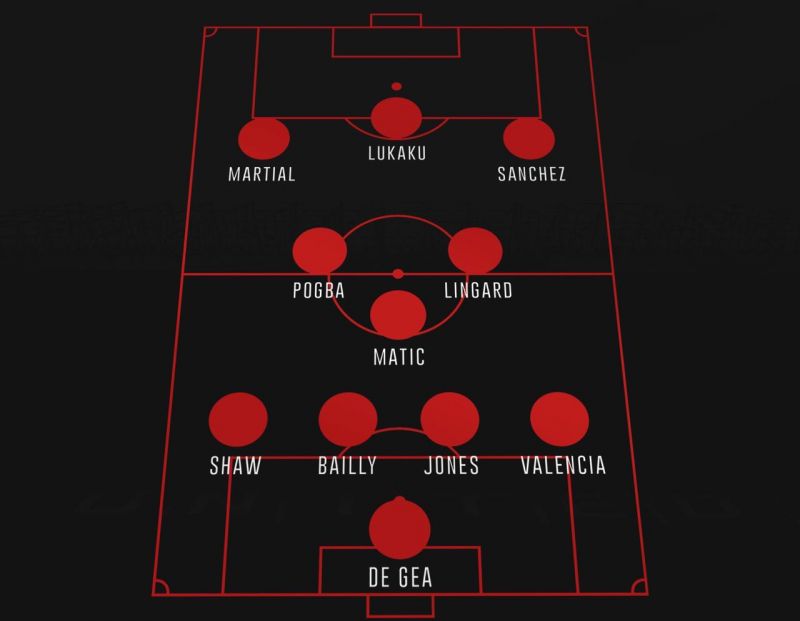