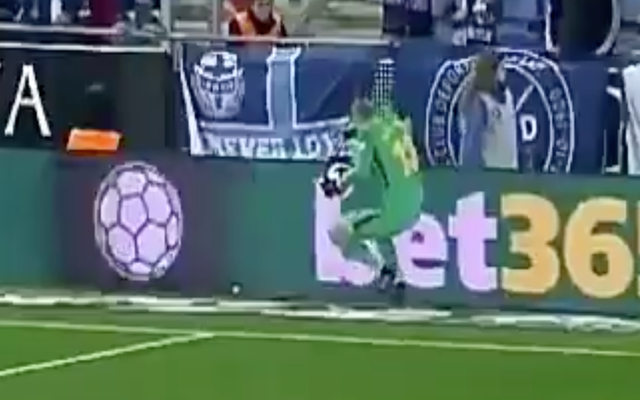 It was a night to forget for Barcelona on Wednesday as they suffered a 1-0 defeat to rivals Espanyol in the first leg of their Copa del Rey clash.

While the Catalan giants will hope to overturn their deficit in the second leg and advance in their bid for another piece of silverware, it was a particularly disturbing evening for goalkeeper Jasper Cillessen.

As seen in the video below, the Dutchman was collecting the ball when a visible object is seen flying towards him before striking him on the head. It appears as though the object came from behind the goal where the Espanyol fans were seated.

Fortunately, he didn’t suffer any injury and was able to continue, but these unsavoury scenes are not what is needed in what was a thrilling encounter which also saw Lionel Messi miss a penalty.

It remains to be seen what further action is taken and if the perpetrator is identified, while for Barca, their focus will have to quickly switch to bouncing back against Real Betis on Sunday night to maintain their healthy lead at the top of the La Liga table.