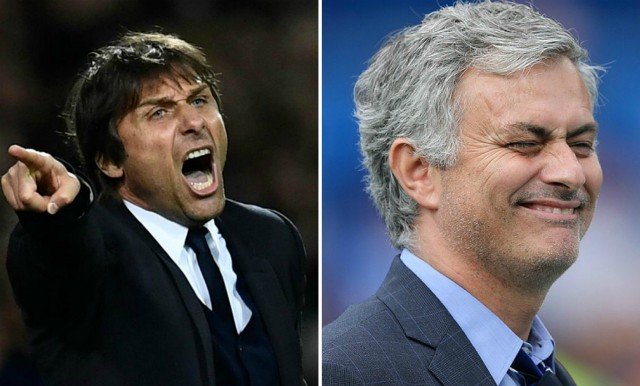 Chelsea manager Antonio Conte has aimed a dig at Alvaro Morata’s poor finishing recently when discussing the Spaniard’s lack of impact for the Blues.

The Spain international has just two goals in his last eleven appearances for Chelsea, struggling to look the top class replacement for Diego Costa that they thought they’d be getting.

Conte has now admitted Morata is going through a rough patch and questioned his finishing ability in his press conference today.

When asked why Morata was struggling in front of goal, Conte said: ‘Why? It is difficult to find a response for this question, we created many chances to score. We must be honest to tell that maybe our finishing could be better in quality. The quality could be better.’

Alvaro Morata has looked a disappointing signing for Chelsea

This is a damning statement by the Italian just months after signing the 25-year-old, who had also been linked with Manchester United earlier in the summer.

However, Jose Mourinho seemingly made a wise move by swooping for Romelu Lukaku – also previously a target for Chelsea – ahead of the Spanish flop.

With Conte now basically blaming Morata’s lack of quality for his side’s goalscoring woes, it seems clearer than ever that United made the right choice to opt not to sign him and go for Lukaku instead.