Manchester United have been told precisely how they could end up landing the transfer of £86million-rated Juventus forward Paulo Dybala.

The Argentina international was linked by the Sun with a move to Old Trafford earlier this season, with their report claiming the Red Devils had bid £70million and offered Henrikh Mkhitaryan for the 24-year-old.

Juve rejected this, however, with the Sun’s report claiming the Italian giants were holding out for a fee of €97m (£86m) for their star player.

It has now emerged, however, that Juve chief Beppe Marotta would be willing to let Dybala go if he simply handed in a transfer request.

‘Dybala will undoubtedly remain at Juve, also because we do not need to sell anyone, unless the same player asks,’ Marotta told Sky Italia. 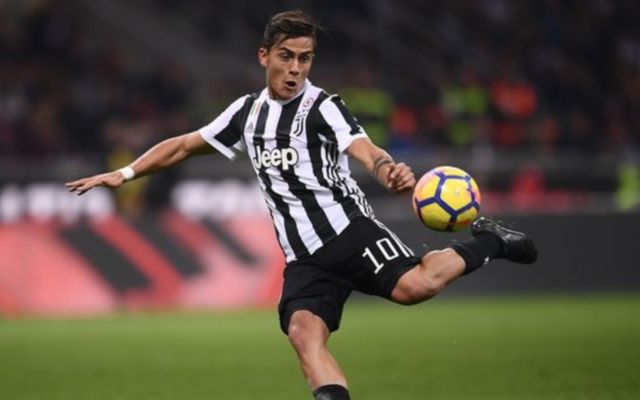 Discussing another United target, Alex Sandro, earlier this season, Marotta said the same thing: ‘We have said many times that when a player asks to be sold, regardless of prestige or importance within the team, we are in favour of a sale. When a player is unsatisfied, it is better to let him go.’

United are already closing in on the signing of Alexis Sanchez from Arsenal, but Jose Mourinho could be tempted to continue rebuilding up front.

Dybala could slot in perfectly alongside Sanchez and Romelu Lukaku, and is seemingly one of many of the club’s targets at the moment with reports still linking the likes of Gareth Bale and Lucas Moura with moves to Old Trafford.