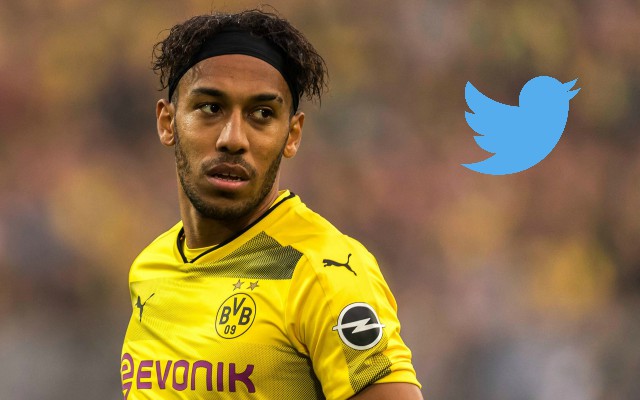 Pierre-Emerick Aubameyang appears to be hinting at an imminent transfer to Arsenal if his recent Twitter activity is anything to go by.

The Borussia Dortmund striker was left out of his side’s squad to take on Hertha Berlin yesterday, causing quite a stir amid other speculation linking him with an exit.

WA claim Dortmund chief Michael Zorc is set to hold talks over a £53million transfer in London, and Aubameyang makes sense as a priority target for Arsenal this January. 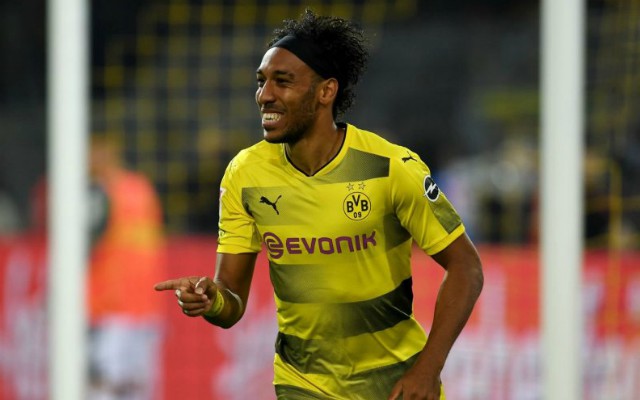 Pierre-Emerick Aubameyang has been linked with a transfer to Arsenal

The Daily Mirror report that star player Alexis Sanchez is to have a medical with Manchester United today ahead of finalising a transfer, and he’ll need replacing at the Emirates Stadium.

Aubameyang, 28, has been in lethal goalscoring form for Dortmund over the last few seasons and seems an ideal like-for-like replacement for Sanchez in Arsene Wenger’s attack.

Clearly, the player himself seems to fancy the move as well, and these days players simply cannot get away with antics like this on social media. 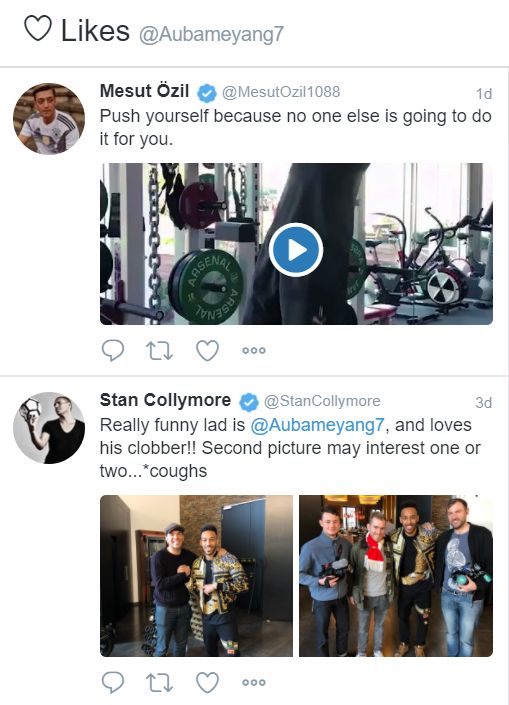 Knowing the world is watching, Aubameyang ‘liked’ a suggestive tweet from Stan Collymore of himself pictured alongside an Arsenal fan.

Above that, he has also ‘liked’ a tweet from Gunners playmaker Mesut Ozil, which just seems too much of a coincidence with all the stories surrounding the player at the moment.