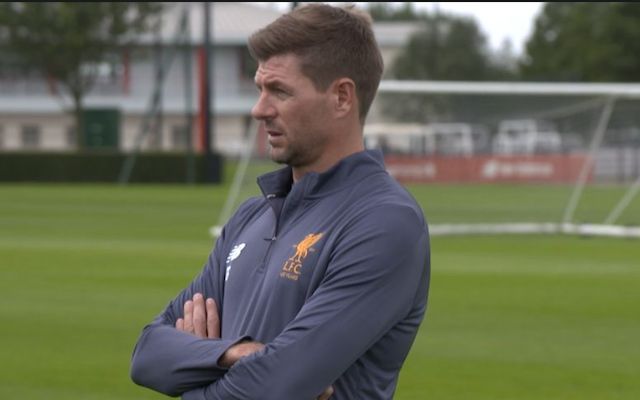 Liverpool wonderkid Rhian Brewster has sustained a serious injury and has had to seek medical advice from specialists in London.

Brewster was stretchered off during Liverpool’s U23 clash with Man City last week and suffered ankle and ligament damage.

While Brewster has not been relied upon by Jurgen Klopp’s first-team this season it is certainly concerning for Liverpool fans to see such a bright talent sustain such a serious injury at such a young age.

Brewster will miss Liverpool’s FA Youth Cup clash with Arsenal and the Mirror has reported that U18 coach Steven Gerrard confirmed that the youngster will be out of action for a prolonged period.

Gerrard did offer words of encouragement however for the youngster. “This happens to every footballer. You have setbacks, sometimes you grow and you learn from them as much as the good things that happen to you.” (Comments per the Mirror)

Brewster was influential for England’s U17 side who clinched a World Cup last season and even scored during the final.

Liverpool fans will be hoping that Brewster’s injury doesn’t stump his development with a bright future certainly ahead of the star.