Chelsea have been given a big boost in their pursuit of Bayern Munich and Chile midfielder Arturo Vidal, after it was reported that the club will allow the player to leave.

This is according to the Sun, who are re-reporting German news outlet BILD, who are stating that the Blues are interested in signing the 30-year-old, and that the player will be allowed to leave the Bundesliga club. 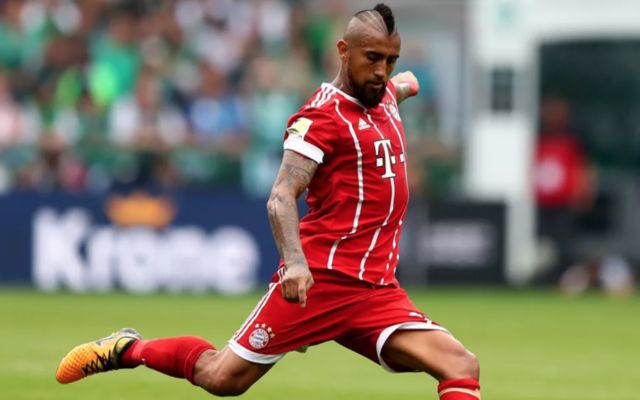 Since arriving in Germany from Italian side Juventus, managed to make a fairly significant impact for Bayern.

In 113 appearances for Jupp Hynckes’ side, the Chilean international has managed to amass a total of 21 goals and 18 assists, a decent record for a midfielder.

During his time in Turin, Vidal managed to impress fans and critics alike, with the midfielder being able to bag a total of 48 goals and 25 assists, an impressive return.

So far this season, Vidal has managed to score five and assist two in 24 appearances in all competitions.

Vidal’s physical prowess and ability on the ball has seen some label him as one of the best central midfielders in the whole of Europe.

Should Chelsea be serious about signing Vidal, this news will surely be music to the ears of the Blues and their boss Antonio Conte.