Chelsea fans don’t want Alvaro Morata to come back after their superb performance away to Brighton this afternoon saw them pick up their first win in six games.

The Blues had drawn five in a row in all competitions, including three consecutive 0-0 scorelines, with Morata not looking at his best for some time.

Morata has just two goals in his last eleven appearances for Chelsea, and is not performing as fans will have expected when he completed his big move from Real Madrid in the summer.

However, the 25-year-old was suspended today and it looks like Blues supporters are now not keen for him to come back any time soon as the team looked a great deal stronger up front without him getting in the way. 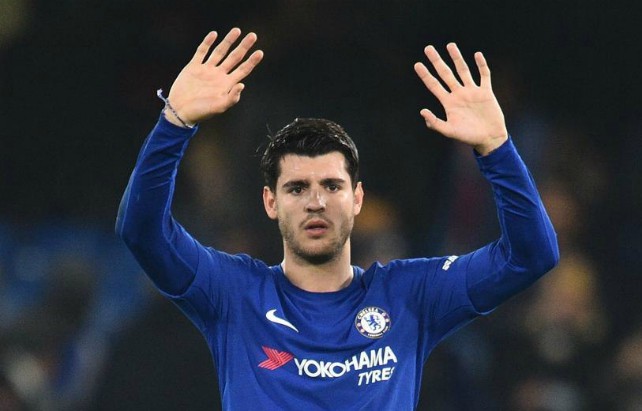 Alvaro Morata is not Mr Popular with Chelsea fans

Michy Batshuayi is earning a lot of praise for his display up top, even though he didn’t manage to get on the score sheet himself.

Eden Hazard scored twice while Willian and Victor Moses picked up the other two as Chelsea finally looked a major attacking threat for what felt like the first time in a long time.

So, Morata’s suspension is some sort of a blessing in disguise? ?
Chelsea is not a side that struggles with finding the back of the net!

It’s quite clear Morata was holding Chelsea back.

Loan Morata to Wigan for 5 seasons.
Bring back Tammy Abraham

Morata has been the one holding this team back

Bats is actually better than Morata. He’s just not been given a real chance. Looked so much better when playing with wingers around him

I would start @mbatshuayi over Morata any day @ChelseaFC

I don’t want to see morata play anymore.. until he bucks up his ideas