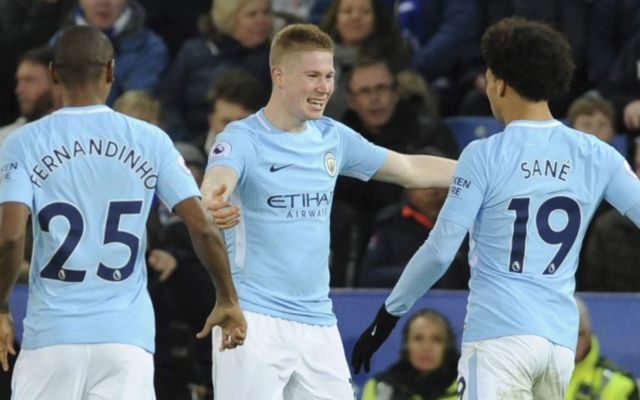 Sergio Aguero hit a hat-trick agains the Magpies in a match that saw Pep Guardiola’s side re-establish their lead over rivals Man United to 12 points.

The Argentine hit his second perfect hat-trick in two and a half years against Rafa Benitez’s side as they strolled to all three points today.

The Argentina international’s third goal was created after a sublime run and piece of skill from German winger Leroy Sane, who received a whole host of praise for his performance against the Magpies this evening.

After the match, fans took to social media to shower the player with compliments for his performance in City’s win today.

Leroy Sane is the closest thing to Ryan Giggs I’ve ever seen. Pains me to say it, but the boy is quality.

Ridiculous from Sane. The difference between his highs and his lows is absolutely enormous!

Aguero completed his hat trick for City tonight but what a contribution to his third from Leroy Sane. Sensational dribbling. pic.twitter.com/d6KJQ1AH8Z

Sergio has his hat-trick but the goal was all Sané. What a run.

If Martial had done what Sané just did you'd have United fans tweeting "Stop it, he has a family!1!1!1" all day long