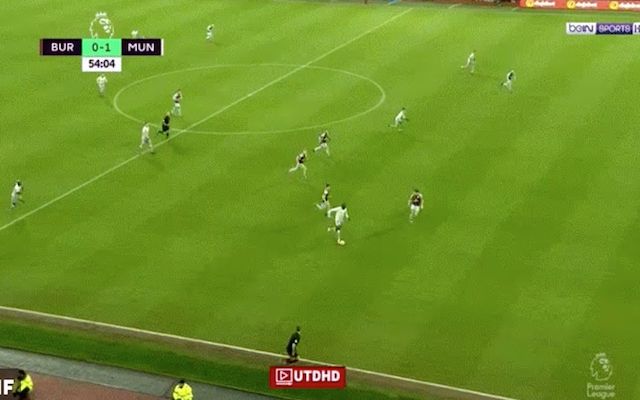 Anthony Martial put Manchester United ahead on the 54th minute against Burnley after the Red Devils had struggled to break the deadlock for almost an hour at Turf Moor.

Further, Romelu Lukaku provided the assist for the Frenchman and was praised by many for his link-up play.

The Belgian now has 28 assists in the Premier League since 2013/14, more than any other striker in the league.

In the lead up to the goal Lukaku effectively used his pace on the right channel before turning to play the ball into the path of Martial.

Martial finished the fine move in a typically cool fashion as he opened up his body to bend in a superb effort from just inside the box which rebounded off the inside of the bar.

The goal can be seen below as-well as the plaudits from plenty of Man United fans who took to social media to applaud both Marital and Lukaku.

Goal: Martial finishes off a counter attack but huge credit to Lukaku.

Lukaku was fantastic in that goal, and an awesome finish from Martial, who I think is definitely the best finisher at United. ?????????

Fabulous team goal from Lukaku & Martial. If that was Hazard the commentators would be in raptures. #BURMUN

Lukaku is the most unselfish striker currently in the premier league when not getting the service drops down deep and sets his teammates up.the goal very similar to the martial goal against Arsenal.#MUFC #BURMUN