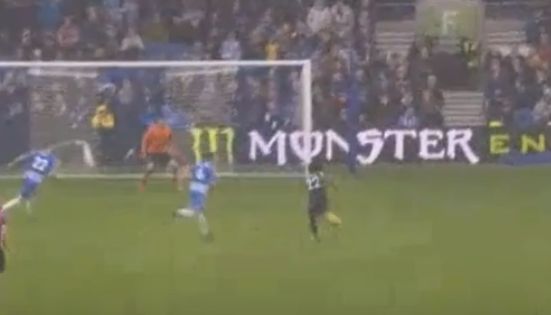 Chelsea fans will want to watch this Willian goal as the Brazilian winger completed a superb team move to make it 2-0 to the Blues against Brighton this afternoon.

Antonio Conte’s side have made a fast start in today’s early kickoff, with Eden Hazard making it 1-0 after three minutes and the Willian goal making it 2-0 just three minutes later.

It is the second strike that really caught the eye, however, with the Willian goal coming at the end of a delicious flowing passing move up front by the visitors.

Willian started things off as he drove forward before finding Hazard, who then found Michy Batshuayi with a one-touch lay-off.

Batshuayi then returned it to Willian, who in turn found Hazard, whose flick again found Batshuayi, who back-heeled it into the path of Willian.

The move was so fast that Brighton just couldn’t live with it, being forced to stand and stare as Willian eventually hammered the ball home to double his side’s lead.

Conte will be delighted with this start and his team’s flowing football, and there’s no doubt at last that Chelsea have found their scoring touch again after five draws in a row that also contained three 0-0’s.