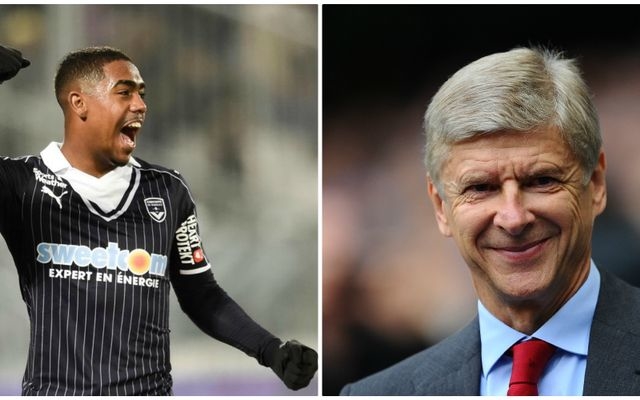 Arsenal target Malcom has handed the Gunners a huge boost in their pursuit for the star admitting that a move to England would be a dream.

The Sun have reported comments from the young Brazilian winger who currently plays for Ligue 1 side Bordeaux.

Commenting on his future Malcom noted, “Is England a dream? Yes, it is a dream, it is a dream for all players and I am no different.”

Arsenal have been longterm admirers of Malcom over recent months and a report from the Daily Mail has recently stated that the Gunners will need to stump up £45m if they want to seal a move for the winger that they have already expressed serious interest in.

At just 20-years-old Malcom has established himself as one of the most exciting young attacking talents within European football.

The winger signed for Bordeaux from Brazilian side Corinthians in 2016 and has set Ligue 1 alight ever since with eye-catching performances.

The youngster is already in double-figures for goals scored for the French side although he is yet to have been capped at international level for the Brazilian first team.