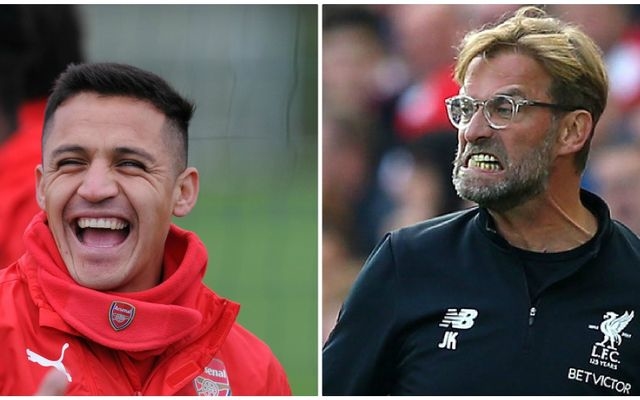 Liverpool reportedly tried to snatch Alexis Sanchez from Man Utd’s grasp, but they failed due to one crucial reason which they couldn’t compete on.

The Chilean international looks all set for a move to Old Trafford as Arsene Wenger confirmed that he travelled north on Saturday which is why he was absent for their win over Crystal Palace.

However, as noted by The Express, Liverpool had tried to hijack his move to Old Trafford with a bid of their own only to fail as they couldn’t compete with the wages on offer from United.

It’s claimed that Sanchez could earn close to £500,000-a-week, and that was evidently well above what Liverpool could offer and so they’ve now switched their focus to other targets including the likes of Jean Michael Seri and Riyad Mahrez.

Based on this report, United’s financial strength has come up trumps again as they have beaten off the competition from Merseyside, and they’ll now hope that Sanchez can make the difference and get them closer to where they want to be moving forward.