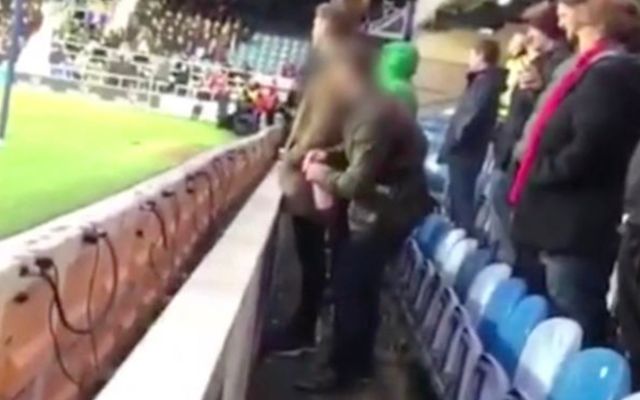 A Middlesborough fan has been arrested for urinating in the bottle of a QPR goalkeeper’s water bottle during a 3-0 win at Loftus Road.

In a month in which football has been dominated by news regarding the ongoing and never-ending Alexis Sanchez to Manchester United saga, this incident from yesterday’s Championship clash has quite literally provided some light relief.

The fan was captured sitting just behind the QPR goal and can be seen chucking the water bottle in the direction of the QPR goal after apparently urinating in it.

Alex Smithies was the unfortunate man who had the job of standing in-between the sticks yesterday for QPR at Loftus Road. However, we are yet to receive confirmation as to whether Smithies took it upon himself to use the bottle as a method of hydration yesterday. (Fingers crossed for the QPR ‘keeper’s sake)

The Metropolitan Police later confirmed that the fan involved had been arrested after the incident.

After an investigation @MPSFootballUnit can confirm that the male arrested at the @QPRFC v @Boro game yesterday has been charged with throwing an item on to the pitch. The male has been bailed and will appear at court next month.