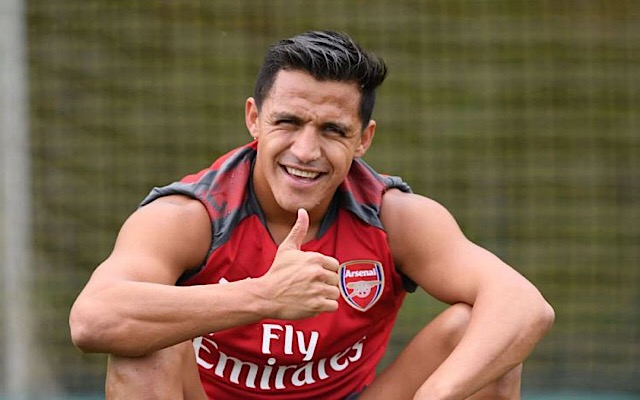 Alexis Sanchez has been seen following Manchester United on Instagram as his transfer from Arsenal surely edges closer to an official announcement.

According to the Manchester Evening News, the Chile international has been in Liverpool today to sort out a work permit to finalise his move, along with Henrikh Mkhitaryan, who’s set to join Arsenal.

The Sanchez speculation has been going on for so long now it seems like only a matter of time before we finally see both clubs confirm the deal, but the player himself is doing his best to add to the drama in the mean time.

The latest from Sanchez is that he’s just followed his new club on Instagram, with fan accounts noticing the player’s activity and getting rather excited.

The 29-year-old is one of the very best attacking players in Europe on his day and could be an excellent addition at Old Trafford.

Arsenal will certainly miss his qualities up front, but also look set to do well to land Mkhitaryan as part of the agreement, given that Sanchez could have just left on a free transfer at the end of the season.