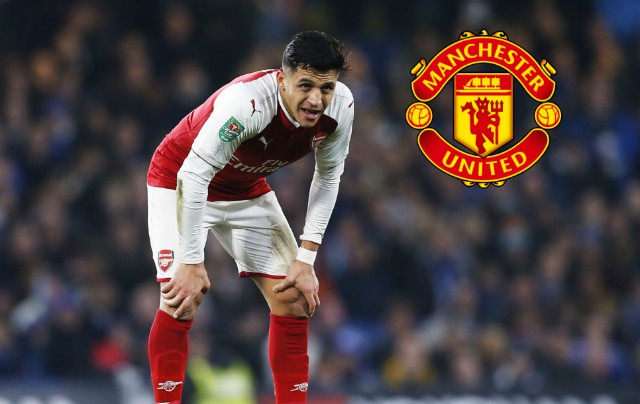 The wait is almost over for Man Utd fans it seems as a photo has emerged on social media of Alexis Sanchez posing in the Red Devils jersey.

As noted by The Mirror, the 29-year-old is on the verge of swapping Arsenal for United with Henrikh Mkhitaryan heading in the opposite direction to move to the Emirates.

Sanchez wasn’t included in the Gunners squad for the win over Crystal Palace on Saturday, and speculation has been rife over when he will be unveiled as a new Man Utd player.

As seen in the image below, the Chilean international couldn’t help but grab a selfie as he posed in the club kit, while the Mirror add that it would have happened while he was taking official photos at Old Trafford ahead of the inevitable big reveal on social media which could happen on Monday.

First images of Alexis Sanchez in a Man Utd kit are leaked. #No7 #Sanchez #Mufc pic.twitter.com/9TOUJubrnN

On the basis of this image, it would also appear as though the former Barcelona man will get the No.7 jersey at Old Trafford, and that will certainly come with its own level of expectation given the illustrious names that have previously owned that number which include David Beckham, George Best, Eric Cantona and Cristiano Ronaldo.

Sanchez scored 30 goals and provided 19 assists in 51 appearances for Arsenal last season, and Jose Mourinho will certainly be hoping that talismanic figure can rediscover his best form at Man Utd and help them secure major honours this season and beyond.