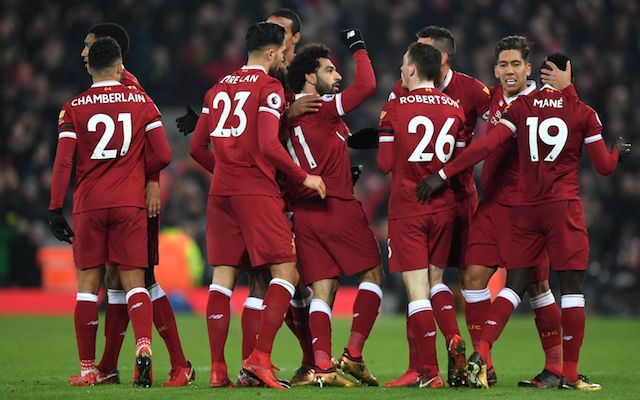 After seeing Philippe Coutinho leave for Barcelona this month, the last thing Liverpool want is for another key player to depart from Anfield in the summer.

Jurgen Klopp’s side are currently on an 18-game unbeaten run in all competitions as they continue to impress, but it will be interesting to see how they adapt and cope with the loss of one of their best players over the course of the second half of the campaign.

It might get worse for the Reds too, as Egypt FA president Hany Abo Rida has seemingly suggested that he expects Real Madrid to come knocking for Mohamed Salah this summer.

Given his impact on Merseyside since his summer move from Roma, Liverpool simply can’t afford to see him follow Coutinho to Spain, as they must now keep hold of their most influential players.

“Real Madrid will make an offer for Salah during the summer,” Abo Rida said, as quoted by The Express.

“Salah is now looking to improve his game. Obviously if an Egyptian plays for a club as popular around the world as Real Madrid, it’s going to be great for Egyptian football.”

The 25-year-old has scored 24 goals and provided nine assists in 30 appearances so far this season, while alongside Sadio Mane and Roberto Firmino, he now forms an integral part of the Liverpool attack as his pace, movement and eye for goal and have made him an absolute dream fit for the Reds so far this season.

In contrast, it’s easy to see why Real Madrid would be interested, as coupled with their own issues this year, they could look to bolster their squad in the summer.

Gareth Bale has returned to form in recent weeks but with his injury track record in mind, coupled with Karim Benzema’s lack of goals this season and the fact that Cristiano Ronaldo turns 33 next month, long-term additions will arguably be needed at the Bernabeu sooner rather than later.

Liverpool though will hope that Salah doesn’t become the solution and will surely have no interest in allowing it to happen.