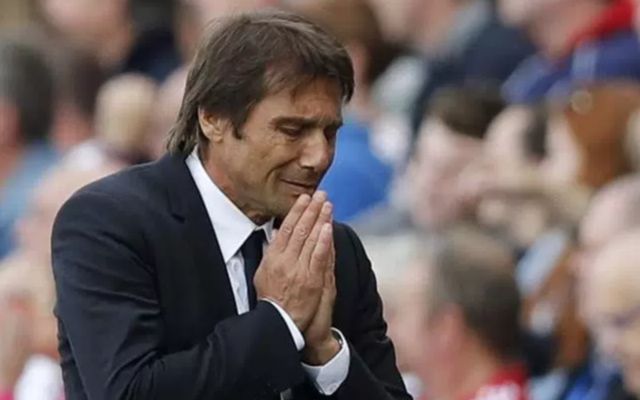 Chelsea travel to the Emirates on Wednesday night hoping to secure their place in the final of the League Cup when they take on Arsenal.

The two sides played out a goalless draw in the first leg at Stamford Bridge earlier this month, and it’s all to play for when they meet in the return fixture.

With neither side holding hope of winning the Premier League and with Arsenal already out of the FA Cup, this is their best chance of domestic silverware this season and a trip to Wembley is close.

However, Antonio Conte will have a selection headache in midweek, as he revealed that neither Alvaro Morata nor Cesc Fabregas will be fit to feature, as seen in the tweet below from freelance injury analyst Ben Dinnery.

Conte reports that Alvaro Morata [back] and Cesc Fabregas hamstring] are out of the Carabao Cup game against Arsenal. “A couple of other players will be checked before the game.” #CFC

Conte will also make a late decision on Thibaut Courtois and Danny Drinkwater [both ankle] who missed the 4-0 win at Brighton on Saturday due to injury. #CFC

Further, he revealed in his press conference on Tuesday that Danny Drinkwater and Thibaut Courtois are also doubts, and so he may well have to tweak a few things for this encounter.

Chelsea didn’t see to miss Morata at the weekend as he was suspended for the 4-0 win over Brighton, while the Spaniard was guilty of missing some glorious goalscoring opportunities last time these two sides met in the Premier League in north London.

As a result, it remains to be seen whether or not that hurts them, while Willy Caballero will get a chance to continue to impress between the posts, and the Argentine veteran certainly knows a thing or two about saving penalties if it gets to that stage at the Emirates having built a reputation for being highly effective in shootouts over the years.

In turn, Conte would undoubtedly prefer to have a full-strength squad to choose from, but he’s still left with quality options across the pitch, and he’ll hope that’s enough to take one step closer to winning another trophy as Chelsea boss after his Premier League success last season.