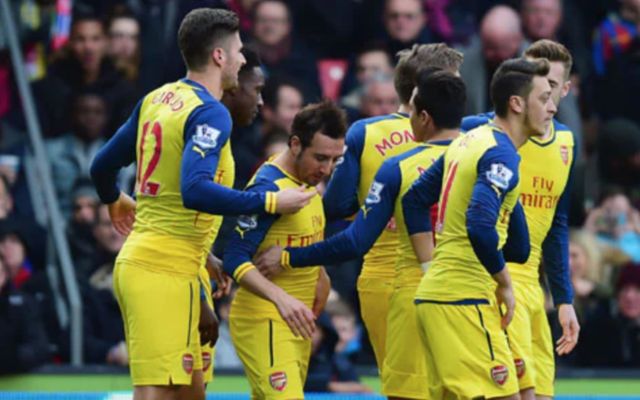 Arsenal and Spain Santi Cazorla is aiming to return from injury for the Gunners in time for next season.

This is according to the Sun, who state that the midfielder, who hasn’t played a game since 2016, is hoping to return for the north London side for the start of next season, and that player has considered retiring due to the injury.

Speaking about his injury, the former Malaga star said “I was told various times that it was not worth me bothering to continue. But I am going to try to give it another go. “If things turn out well then I will probably be able to play at the top level in the coming season. I’m going to be able to make it.”

Since moving to north London from La Liga side Malaga in the summer of 2012, Cazorla has seen himself become a fan favourite at the Emirates, and for good reason.

In 180 appearances for the Gunners, the 33-year-old has managed to clock up a total of 29 goals and 45 assists, a decent return for a midfielder.

Cazorla’s ability on the ball and the fact that he is more than capable with either foot has seen some label the player as one of the most technically gifted in the Premier League.

During his time with Malaga, the midfielder impressed massively, as Cazorla managed a total of nine goals and eight assists in just 42 appearances for the La Liga side, an impressive return.

Should Cazorla end up returning form injury next season, it’ll surely put smiles on the faces of all Gunners fans, who would love seeing the player back in their famous red kit.