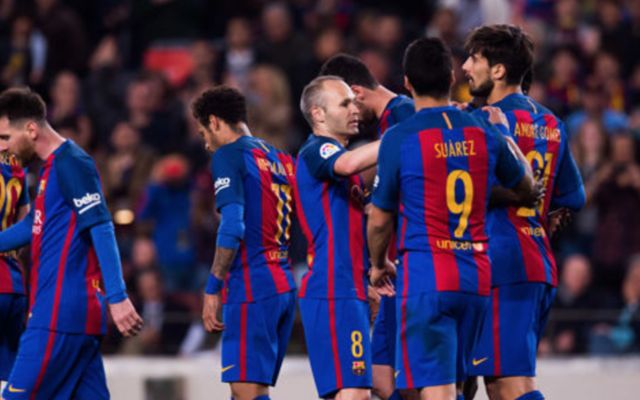 Man Utd secured the signing of Alexis Sanchez on Monday, but reports claim that Jose Mourinho is already moving on to his next transfer target.

As per the club’s official site, the Chilean international completed his move to Old Trafford with Henrikh Mkhitaryan moving in the opposite direction to sign for Arsenal.

While that addition could potentially be huge for the Red Devils, it hasn’t taken long for speculation to link them with their next target as Don Balon, as re-reported by The Express, note that Barcelona midfielder Andre Gomes is wanted by Mourinho.

Although the Portuguese international has struggled since his €35m move from Valencia in 2016, with his price-tag noted by Don Balon, it’s easy to see why he could be a useful addition at Old Trafford.

In turn, with that pair potentially not around next season, that leaves a hole in the Man Utd midfield in terms cover and depth as that will leave Mourinho with Paul Pogba, Ander Herrera and Nemanja Matic.

For a club looking to compete on multiple fronts year in and year out, that simply won’t be enough for them to do so and Gomes could slot in and be another option.

Nevertheless, although Ernesto Valverde has shown faith in the 24-year-old and he did impress last time out against Real Betis to an extent, he has still played a limited role at the Nou Camp and an exit could suit all parties, especially given the fact that Barcelona have signed Ousmane Dembele and Philippe Coutinho in the last two transfer windows and could be keen to start balancing the books.