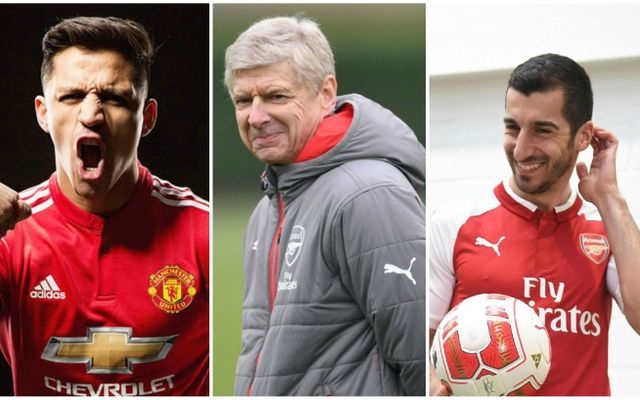 As per BBC Sport, the Gunners saw Alexis Sanchez join Man Utd on Monday while Henrikh Mkhitaryan moved in the opposite direction in a swap deal.

It could be argued either way as to who has got the better deal, as Arsenal have effectively offloaded their best player, but one who had less than six months left on his contract.

As for United, Mkhitaryan struggled at Old Trafford to make a decisive impact in the final third, but he remains a top class player and now has a fresh start to prove himself in the Premier League.

Wenger though has defended Sanchez’s decision to leave, while he is evidently looking forward to working with his latest recruit and believes he will fit in perfectly, which is a fair statement given the creative class and technical quality that the Armenian international possesses.

“He is 29 years old, it is maybe his last contract. Financially it’s important,” Wenger said, as quoted by The Mirror. “Sanchez is a great guy and has always been committed.”

“He can play in all kinds of positions. He is very versatile and it should help us going forward.”

Mkhitaryan may well be welcoming a familiar face to the Emirates before long, as Wenger also confirmed that the club are discussing a deal for Borussia Dortmund striker Pierre-Emerick Aubameyang.

The Gabon international has established himself as one of the most prolific forwards in Europe, and having linked up so effectively with Mkhitaryan in Germany as they racked up 62 goals and provided 44 assists between them in the 2015/16 campaign, it could be a sensational addition.

However, Wenger was remaining coy on Tuesday, but he did concede that is one of the things Arsenal are working on.

“Confident or not confident, I don’t know,” he said, as per Sky Sports. “He is one of the possible movements, but we have other things in mind as well. We have plenty of opportunities and the final decision is not made.

“At the moment we are not close to any deal, Aubameyang or anybody else.”