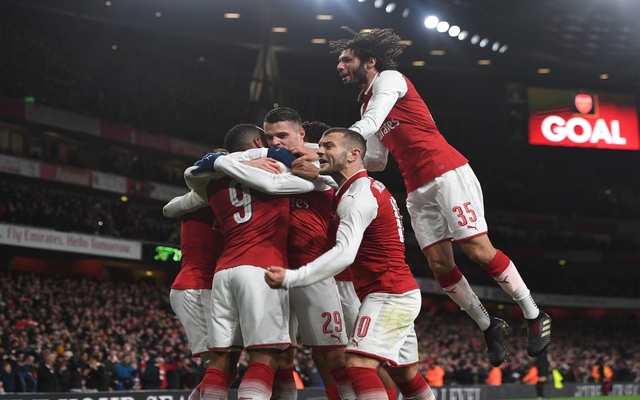 Arsenal booked their place in the League Cup final after a 2-1 win over Chelsea at the Emirates on Wednesday night with an own goal from Antonio Rudiger and Granit Xhaka getting on the scoresheet.

The two sides went into their second leg meeting after a goalless draw at Stamford Bridge, and it didn’t look good for Arsene Wenger’s men after Eden Hazard broke the deadlock after just seven minutes.

However, they turned it around with plenty of luck along the way as Rudiger was unlucky with deflections on both goals, with the visitors undoubtedly left frustrated.

Monreal bagged the Sky Sports Man of the Match award and rightly so as aside from being decisive for the first goal, he was solid defensively too as he was key in the win, while the statistics below courtesy of Sky Sports Statto show how impressive he was.

Mohamed Elneny was a strong presence in midfield while Mesut Ozil put in a tireless performance as well as adding a bit of class in the final third with his passing.

In contrast, Rudiger scores badly with us as although he suffered with his fair share of bad luck, it wasn’t a great display from the German international overall but he wasn’t alone in that.

N’Golo Kante was below par, as was Marcos Alonso and Victor Moses to name but a few, although Chelsea had enough possession to do more and so Antonio Conte will be bitterly disappointed to miss out on another cup final and a trip to Wembley.

8 – Arsenal will play in their eighth League Cup final; only Liverpool (12) and Manchester United (9) have appeared in more (Aston Villa and Spurs also on 8). Stage.

Arsenal can be proud of their record in cup competitions, as seen in the stat above, but they’ll now face a very difficult task when going up against Pep Guardiola’s Man City in the final next month.

For now though, based on the tweets below, the Arsenal faithful were delighted to see off Chelsea as they continue to impress despite the exit of Alexis Sanchez earlier this week.

Cannot underestimate how important that game was. We’ve given ourselves a chance. #COYG ???

As I said last weekend, “No Sanchez? No problem!” #Arsenal

Another trophy on spurs ground?