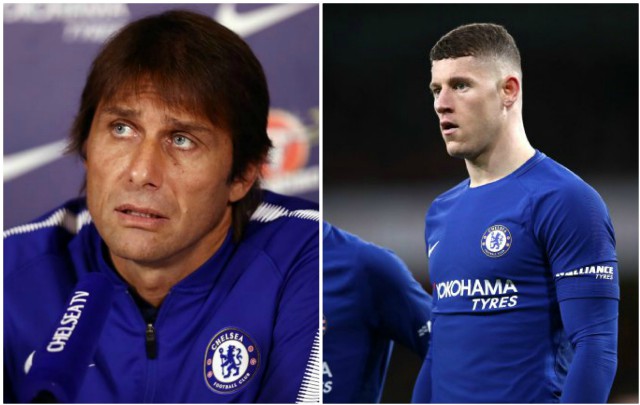 The Italian tactician was forced to introduce the England international from the bench to replace the injured Willian at the Emirates Stadium, and he admitted it was far from ideal.

Barkley was making his first appearance of the season due to missing the first half of the campaign through injury, so Conte later clarified his comments by explaining he didn’t feel his new addition was ready to play.

Still, it was hardly phrased in an ideal way to boost the confidence of his player, with squad morale already likely pretty poor after a torrid run of recent results.

Chelsea have just one win in their last six games in all competitions, not including a penalty shoot-out victory over Championship side Norwich City in a recent FA Cup replay.

The reigning Premier League champions could do with a bit more positivity, but Conte bemoaned the state of his squad again last night in reference to having to bring on Barkley for Willian.

‘When there is an injury to one of your best players it is not simple, especially when on the bench the only substitute is Ross Barkley,’ Conte was quoted by the Metro.

He added: ‘I was a bit forced to play with Barkley. He’s a really good player and important for Chelsea but needs bit of time to get used to playing for Chelsea and understanding our idea of football.’