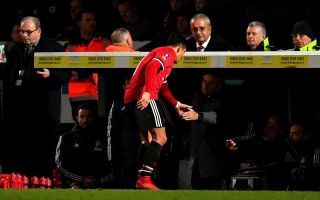 Man Utd overcame a slow start to secure a comfortable 4-0 win over Yeovil Town in their FA Cup tie on Friday night as Alexis Sanchez made his debut for his new club.

Goals from Marcus Rashford, Ander Herrera, Jesse Lingard and Romelu Lukaku secured United’s passage to the next round, as a late onslaught made the result comfortable.

Further, it gave Jose Mourinho the perfect birthday gift in a week in which he also signed a new long-term contract with the Red Devils and welcomed Sanchez to the club to further bolster his squad.

Sanchez similarly endured a sloppy start to the game, but he certainly improved as it went on to earn a high mark with us in our player ratings below as he grabbed a crucial assist for the second goal too.

Further, Michael Carrick impressed in his long-awaited return to action, but it wasn’t the same across the board for the visitors with the likes of Matteo Darmian, Victor Lindelof and Marcos Rojo not putting in the greatest of performances at the back.

Particularly early on, Yeovil did have their moments as there was a sense of panic in defence for the visitors. However, they were able to overcome that and keep a clean sheet.

Nevertheless, the important thing for United is that they progress and remain in the hunt for a piece of silverware, as they await other results to now determine who they will face in the next round.

Perhaps the statistic of the night comes courtesy of Lingard, who came off the bench to score his side’s third goal as he continued his fine form this season.

The England international looks like he’s making real progress now and continues to have a decisive impact in front of goal, as reflected in the stat below to show that he’s taken his goalscoring exploits to the next level this year.

12 – Jesse Lingard has scored 12 goals for @ManUtd in all competitions this term; one more than he did in the previous two seasons combined (11). Groove. pic.twitter.com/H03PkUBVzM

Particularly with Sanchez coming in to provide further competition for places, it was crucial that Lingard responded by making his mark on the game and he did so to take his tally to 12 goals this season as he’ll hope he remains firmly at the forefront of Mourinho’s plans.

Meanwhile, unsurprisingly, United fans were delighted with what they saw for the most part, with many happy with Sanchez’s debut as they’ll hope he can build on this and establish himself as a key figure in their push for trophies moving forward.

Jose can cut is cake in Yeovil. Good debut for Sanchez and Good win for United.

Great Win-Great to see Alexis link up for Rashfords Goal. Great to have him in the United Kit????

SUPERB PERFORMANCE!!!! GET IN REDS! Come on UNITED #MUFC #EmiratesFACup ??????

Loving @Alexis_Sanchez so glad he came to United ??