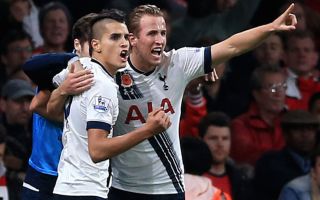 Erik Lamela’s future at Tottenham looks to be increasingly uncertain with the star’s contract talks stalling amid interest from Inter Milan.

A report from the respected Italian outlet CalcioMercato has stated that Lamela is yet to extend his current deal with Spurs as Inter Milan’s interest in the attacking star grows.

Lamela’s deal at Tottenham is expected to run out in 2020 as the previously mentioned report suggests that Spurs have no serious interest in extending the star’s current deal.

Further, Joao Mario has recently completed a move from Inter Milan to West Ham which could lead Inter to view Lamela as a necessary reinforcement.

Lamela signed for Tottenham from Roma in 2013 for a club-record fee at the time of £30m and despite his immense technical ability he has struggled to maintain consistent fitness and regular playing time. (Fee per the Telegraph)

Lamela made just nine appearances in the Premier League last season due to injury despite making over 30 appearances in both the two previous seasons.

Further, the Argentine has managed just two starts this season in the league as his future looks to be in fresh jeopardy.