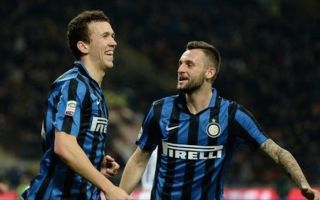 Arsenal have been handed a boost in their pursuit for Serie A midfielder Marcelo Brozovic with the star reported to be unhappy at his current club.

A report from CalcioMercato has stated that Brozovic is growing frustrated at Inter with the Serie A club looking to now offload the midfielder having already started a clear-out by selling attacking midfielder Joao Mario to West Ham.

Brozovic is looking to regain constant playing time with the World Cup now just months away and an exit from the San Siro could grant the Croat his wish.

Arsenal however will have to battle for the midfielder with Everton and Seville both also reported to be interested in the star.

A report from the Sun has also stated that Everton last summer lodged a £16m bid for the Inter midfielder.

It remains to be seen where Brozovic’s future lies but it looks as though it could certainly be outside of Italy.