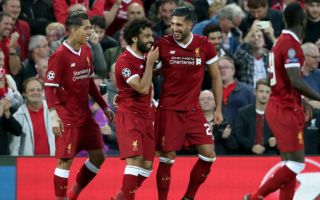 Liverpool fans have taken to social media this evening to vent their anger at German midfielder Emre Can being named captain for their clash against West Brom in the FA Cup 4th round.

Can, 24, has been given the armband for the match against the Baggies at Anfield tonight, with some fans voicing their anger at Jurgen Klopp’s decision to hand the player captaincy for today’s tie.

Prior to today, Can had made 28 appearances for the Merseyside club this season, with this one set to be his 29th.

Before the match, some fans took to Twitter to comment on Klopp’s decision to make Can captain, with most being critical of the German’s decision.

Here are a few select tweets from fans on the decision to make Can captain for tonight’s FA Cup 4th round tie against Alan Pardew’s side.

Disgrace, emre can should be nowhere near it

I hate the fact klopp has made Can captain twice in a row now! The guy doesn’t 100% want to be at Liverpool stop making him captain! #lfc

Not sure what’s worse, Henderson captaining Liverpool or Emre Can ??????????????? #bangaverageplayers

Emre Can captain, I don’t get it? We did the same thing with Coutinho and made him captain, then he jumped ship to Barca. To me it shows desperation to keep a player #LFC

No way should a man who won't sign a new contract be captain, it's not right #Can #LFC

Not a fan of this Can captain nonsense