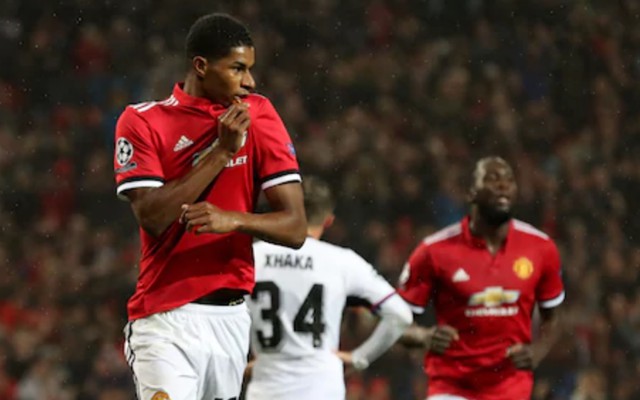 Alexis Sanchez made his Man Utd debut against Yeovil Town on Friday night, and Jose Mourinho was delighted with what he saw from the Chilean ace.

United secured a 4-0 win in the FA Cup tie, with Sanchez overcoming a sloppy start to the game to have an influence, grab an assist and earn the BBC’s Man of the Match award.

His presence at Old Trafford adds more fierce competition for places in an already packed area of the squad, with the likes of Marcus Rashford, Anthony Martial, Jesse Lingard and Juan Mata all battling for a place in the starting line-up behind the main striker.

However, Mourinho has indirectly suggested to Rashford that he can learn a lot from Sanchez, picking out the Chilean international’s assist for the second goal in a brilliant United counter-attack as something that the England man is still lacking in his game.

“For us it’s about having a fantastic group of attacking players and he’s another one with a little bit more maturity,” he is quoted as saying by ESPN.

“His choice for the counter-attack for the second goal is one that Marcus is still too nervous to make so he will bring us this maturity and class.

“We are pleased with him and I am happy with his performance.”

Sanchez has been there and done it at the highest level with Barcelona, Arsenal and on the international stage with Chile.

In turn, with that experience and dealing with the responsibility of being the talisman and lead star in a team, he will bring a different dynamic to the United attack and will surely play a key role in helping the younger players in the squad improve in training and on the pitch.

That’s exactly what Mourinho is getting at here, and he’ll hope that Rashford looks at it as a positive rather than a hindrance to his own chances, as he still has lots of development in his career to come given he’s only 20 years of age.

With 10 goals in 36 appearances this season so far though, he’s on the cusp of making this his most productive campaign in his short career, and with a player like Sanchez beside him in training every day, he could be able to benefit massively from the latest new face at Carrington.