Manchester United are reportedly interested in a potential transfer swoop for Borussia Dortmund defender Marc Bartra as his club look open to selling him.

According to Marca, United are one of a number of big clubs to have been alerted to the Spaniard’s availability this January, though a move back to La Liga with Real Betis seems most likely for the moment.

Still, Marca claim United, Manchester City and Juventus have shown an interest in Bartra’s situation as he could yet prove himself to be a top defender for a big club.

The 27-year-old showed plenty of promise during his Barcelona days but was unfortunate to be behind some big names in the pecking order at the Nou Camp. 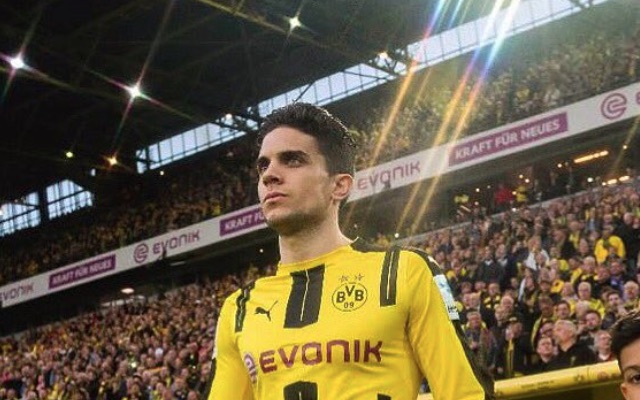 Marc Bartra could be on the move, attracting transfer interest from Manchester United

Although his bad luck has largely continued at Dortmund, he’s clearly shown enough to get elite managers like Jose Mourinho and Pep Guardiola taking a look at him.

Ultimately, however, a big move could be just beyond Bartra on this occasion as other sides seem to be looking elsewhere for defensive additions.

The Guardian claim City are close to strengthening with Aymeric Laporte in that position, while United already brought in Victor Lindelof during the summer.