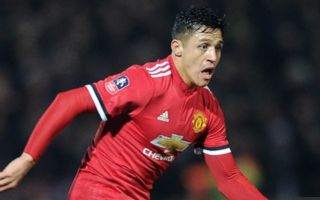 Yeovil Town took a controversial dig at Alexis Sanchez following their 4-0 defeat to Manchester United in the FA Cup.

Sanchez made his debut for Jose Mourinho’s side after completing a move to Old Trafford in the last week.

United swept aside League 2 side Yeovil in convincing fashion. Marcus Rashford, Ander Herrera, Jesse Lingard and Romelu Lukaku all registered goals for the Reds with Sanchez himself registering an assist on his debut.

The Chilean was awarded the man of the match award after the game, which prompted a controversial reaction from Yeovil Town’s official twitter.

The side tweeted the news before insinuating that the award was underserved and purely given to Sanchez for commercial reasons.

#Alexis7 is announced as man of the match.

Not sure who picked it but that’s a commercially-driven decision if ever there was one!#MUFC #YTFC

The tweet was quickly picked up by football fans from across the world who agreed with the league 2 side’s hot-take on the man of the match award with the tweet being retweeted by over 13,000 users.

The best thing of the match was @YTFC fans booing @Alexis_Sanchez ??