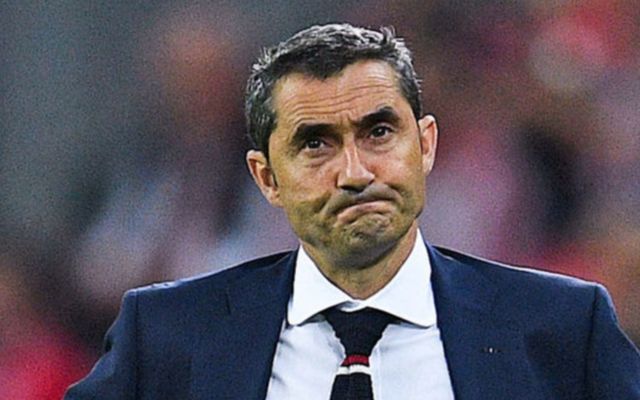 Barcelona have made two key signings this month, but it appears as though they’re still eyeing a continuation of their clear out before the deadline.

The Catalan giants addressed two key areas of the squad by signing Philippe Coutinho and Yerry Mina, with both offering a short-term and long-term solution in their respective roles.

In turn, Barca look an even stronger unit now and Ernesto Valverde will likely be thrilled as he has been rewarded following their impressive campaign to date.

Aside from leading the way in La Liga as they remain unbeaten after 20 games, Barcelona are also still in the hunt for the Copa del Rey and Champions League.

However, Valvarde is reportedly still keen to offload fringe players this month, possibly with a view of making space and raising further funds in preparation for another significant summer signing.

According to Don Balon, as re-reported by The Express, Barca are looking for around €20m to make Gerard Deulofeu the latest player to leave the Nou Camp this month.

Rafinha, Arda Turan and Javier Mascherano have already exited, but this latest push could prove problematic as it’s added that Deulofeu’s price-tag is putting off interested parties AC Milan and Napoli.

The Rossoneri know all about the Spaniard after his six-month loan spell at the San Siro last season, during which he scored four goals and provided three assists in 17 Serie A appearances.

Deulofeu played a crucial role for previous boss Vincenzo Montella, and the 23-year-old could be equally as useful to Gennaro Gattuso now as Milan are lacking a left-winger with pace, movement and an eye for goal to offer a different dynamic in attack for them.

Further, with ambitions of playing in the World Cup and getting back to the level that he displayed in Italy, Deulofeu will surely be desperate for a move too as he’s been limited to 17 appearances in all competitions so far this season, with many being brief outings off the bench.

Barcelona are said to be keen on giving Jose Arnaiz and Denis Suarez more minutes moving forward, as per Don Balon, and so it would surely be best for all parties concerned to reach a compromise and allow Deulofeu to move on with his career elsewhere.