This is according to the Sun, who are reporting that Chelsea owner Roman Abramovich is angry with Conte’s comments about his side’s activity in the transfer market, and that the fact that Enrique is currently without a job is something that attracts Abramovich. 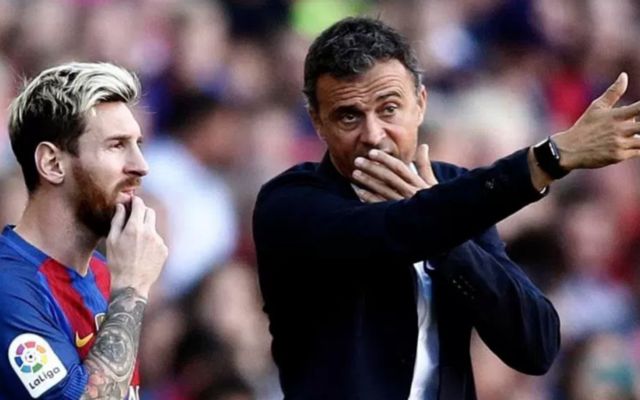 During his time as Barcelona boss, Enrique became only the second manager in the cub’s history to win the treble in his first season, after current Man City boss Pep Guardiola did it in the 2008/09 season.

During his tenure at Blaugrana boss, Enrique managed to win a total of nine trophies in his three seasons at the club, which were three Copa Del Rey’s, one Champions League, two La Liga titles, one UEFA Super Cup, one Club World Cup and one Spanish Super Cup.

Under Enrique, Barcelona were considering one of, if not the, greatest teams Catalonia have ever seen, with the attacking trio of Lionel Messi, Neymar and Luis Suarez showing everyone just how good they truly were.

In Enrique’s first season in charge of Barca, the Spanish giants managed to rack up an impressive 94 points in the league and score a total of 110 goals, a figure that could only beat beaten by Real Madrid, who managed 118.

Should Enrique be brought in at a replacement for Conte, it’ll be interesting to see how the Spaniard fairs without an attacking trio of Messi, Neymar and Suarez at his disposal.