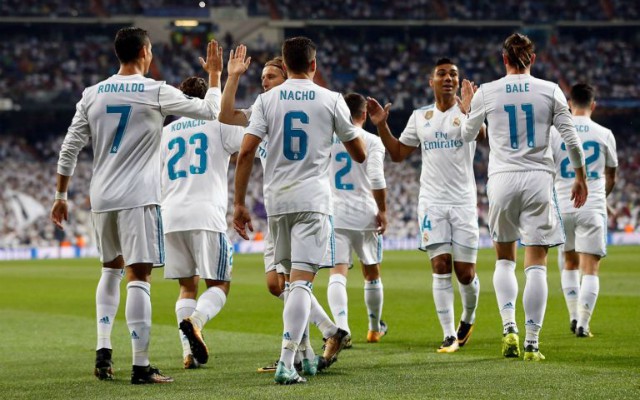 Things haven’t gone to plan at Real Madrid this season, and reports claim that Cristiano Ronaldo wants out and could seal a sensational move to Chelsea.

The Portuguese international turns 33 next month, and although he has picked up his form in recent weeks, his tallies of 20 goals and four assists in 26 appearances in all competitions is below average for him and his high standards in recent years.

Couple that with Madrid’s struggles in La Liga as they sit well off the pace behind leaders and rivals Barcelona as well as their Copa del Rey exit and Champions League second-place finish in the group stage, it hasn’t been a positive campaign overall for Zinedine Zidane and his men.

In turn, according to The Sun, combined with off-the-pitch tax issues, Ronaldo is seeking an exit and would be open to securing a shock move to Stamford Bridge.

With Man Utd signing Alexis Sanchez this month and handing him the No.7 jersey, that would seem to close the door on a possible return to the Red Devils for Ronaldo, and so Chelsea are put forward as the most realistic alternative in England.

Interestingly, the Sun also note that with Eden Hazard linked with a move to Real Madrid, it could result in some sort of compromise and swap deal between the two clubs.

Given Hazard is 27, has his peak years ahead of him and has been a pivotal figure for Chelsea since joining the club in 2012, it’s questionable as to whether that would be the most sensible of transfer decisions with Ronaldo edging closer to the latter stages of his own career.

Nevertheless, a player of his standing on and off the pitch would be a huge coup for Chelsea if such a move were to materialise, although with no mention of a transfer fee or whether or not his wage demands could be met by the Blues, it seems like it’s still a long way off from becoming a reality.

If that wasn’t enough to cast doubt over such a move, Ronaldo spoke earlier this week about his future, as reported by Sky Sports, as he insisted that he wants to stay with Real Madrid. So perhaps it’s too early for Chelsea supporters to get too excited…