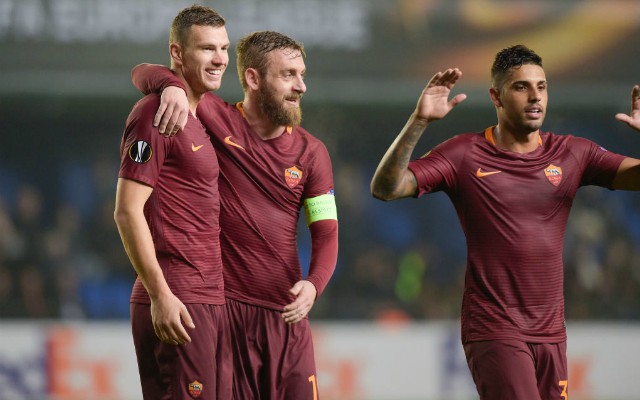 Chelsea are reportedly set to increase their offer as they look to get deals done for Roma pair Edin Dzeko and Emerson Palmieri this week.

With the transfer deadline fast approaching on Wednesday night, the Blues are running out of time to bring in further reinforcements for Antonio Conte this month.

According to The Express though, they plan on launching another assault for their top two targets with Roma sporting director Monchi casting doubt over the reported £50m double swoop as evidently it wasn’t enough to convince the Italian giants to part company with two key players.

Further, it’s also noted how personal terms have yet to be agreed upon with Dzeko, and so there is still seemingly a lot to work on between now and Wednesday.

It remains to be seen whether or not compromises can be reached, but this would surely be the only mid-season swoop that would make sense for Chelsea.

The Bosnian international is fresh from being crowned the Capocannoniere in Serie A after scoring 29 league goals, as well as 39 in 51 outings in all competitions last season while he also boasts previous Premier League experience with Man City.

In turn, he would undoubtedly be a big step in the right direction to solving Chelsea’s problems in the final third in recent weeks, with summer signing Alvaro Morata struggling for goals in particular having failed to find the back of the net in his last six games while Michy Batshuayi seemingly hasn’t convinced.

Meanwhile, if the reigning Premier League champions could also land Palmieri in the same deal, they would be addressing another problem in the squad by bringing in much-needed competition and cover for Marcos Alonso on the left flank.