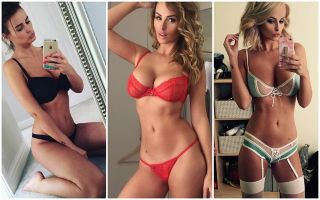 The claim comes courtesy of The Sun, who report that the 31-year-old would used to bump into the Portuguese international while he was still playing in Manchester.

However, he’s alleged to have continued to message her since leaving for Spain, with a source claiming that her fiancé Oliver Mellor had to step in and warn Ronaldo off his better half.

Beyond that, it would appear to have worked as the report goes on to suggest that Ronaldo’s advances have since stopped while Sugden herself had previously suggested that it was inappropriate for him to be messaging her.

Given his girlfriend Georgina Rodriguez gave birth to their child, his fourth, last November, it’s not really what the 32-year-old wants to be linked with.

Nevertheless, it appears as though his alleged shenanigans have been made public by the source, although it’s unclear how much has actually come Sugden herself.

Either way, it’s going to leave Ronaldo a little red-faced when he sees the reports on Sunday morning with Sugden making the headlines even more so if the pictures below weren’t enough of a reason!

Channelling my inner #farrahfawcett ? Although looking very much like my mamma here ??????? Check out @maycontaingirl for more pics x

Got me some new eyes! Now I really look like the emoji ? #giggs #4eyes