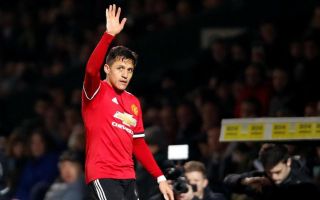 As if signing Alexis Sanchez this month wasn’t enough of a boost for Man Utd in itself, it’s claimed that the forward could play a crucial role in signing their next target.

The pieces seem to be falling into place for a possible swoop for Bayern Munich midfielder Arturo Vidal, who as reported by Bild has emerged as a target for the Red Devils this summer.

With Michael Carrick set to retire and take up a coaching role at Old Trafford, as per The Sun, coupled with the threat of seeing Marouane Fellaini leave with his contract set to expire as noted by The Telegraph, that could leave a major hole in the Man Utd squad.

Jose Mourinho would still have Paul Pogba, Nemanja Matic and Ander Herrera at his disposal, but for a European giant like the Red Devils, he’ll need more than that to compete on various fronts.

As a result, the swoop for four-time Serie A champion and two-time Bundesliga winner Vidal makes a lot of sense. Although he turns 31 in May, the Chilean international is versatile, combative, tenacious and has a great work ethic and grittiness that Mourinho may well admire enough to take him to Manchester.

Further, as noted by Bild, it would appear that the signing of Leon Goretzka this summer could force Vidal to consider his options, with Bayern likely to be willing to let the midfield stalwart leave the Allianz Arena as they seemingly prepare to move in a different direction with a new long-term option.

As his international teammate, it’s claimed in the report that Chilean journalist Maks Cardenas believes that Sanchez could be key in ‘luring’ Vidal to Old Trafford, as he’ll undoubtedly be full of reasons as to why moving to Utd makes sense having just been convinced himself.

In turn, with Chelsea and Inter also touted as interested parties in the report, Man Utd may well have the ace up their sleeve to pip them to Vidal if Sanchez can help persuade him to join this summer to address a key problem area for the club before it becomes an issue.