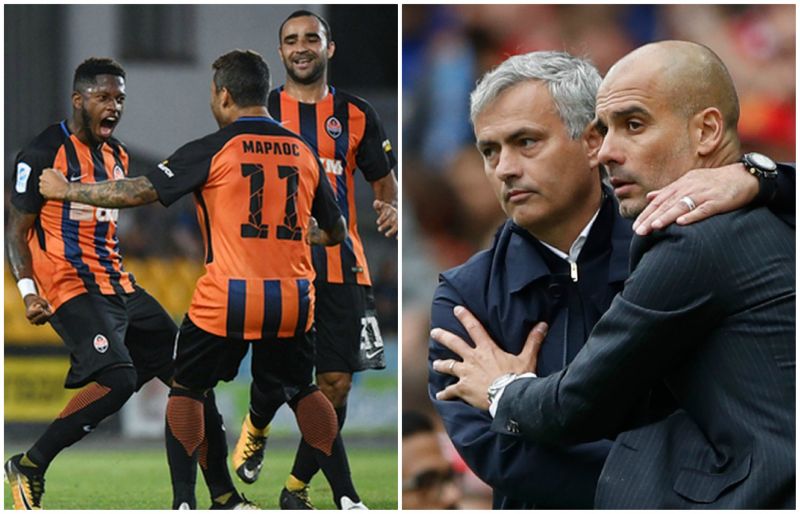 Both Manchester giants have a possible issue in midfield beyond this season. City will potentially see Yaya Toure leave when his contract expires this summer, while there is a lack of quality and depth in the defensive midfield role beyond stalwart Fernandinho.

The veteran turns 33 later this year, and has been an almost ever-present for Guardiola this season having made 31 appearances already.

As for United, Michael Carrick has confirmed his intention to retire at the end of the campaign, as noted by The Sun, while Marouane Fellaini is in a similar situation to Toure with an expiring contract and no renewal has yet been officially agreed upon.

In turn, it would make sense for both clubs to be linked with a midfield reinforcement sooner rather than later.

According to The Daily Star though, they’ve opted to focus on the same target, with Shakhtar Donetsk’s Fred emerging as a £50m-rated option for Guardiola and Mourinho.

That’s not where the spending ends for the Spanish tactician either it seems, as Sky Sports report on how City are reportedly set to splash out £57m on Athletic Bilbao defender Aymeric Laporte.

While that’s quite a potential spending spree in the final few days of the January window, it would arguably  resolve the two major issues in the City squad that remain.

With Vincent Kompany’s constant injury troubles and a lack of depth beyond John Stones and Nicolas Otamendi, Laporte could be equally as important as Fred if the pair were to both arrive at the Etihad to make the group even stronger.

Given that they’re 12 points clear at the top of the Premier League, in the League Cup final and have ambitions of winning the FA Cup and Champions League still, it’s a little concerning for their rivals to think that City could make their squad even more formidable.