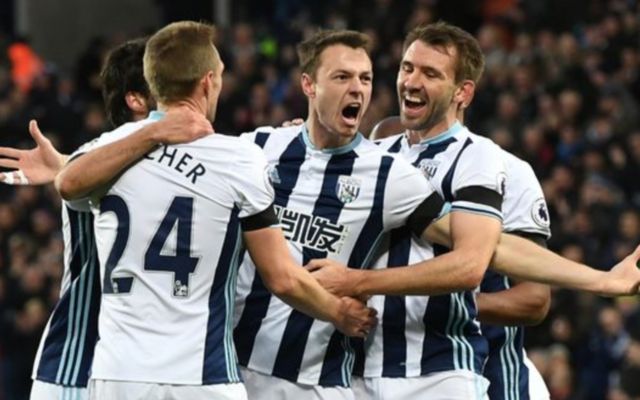 Given their defensive struggles this season, Arsenal would be well advised to address them with a new signing sooner rather than later.

The Gunners have conceded 31 goals in 24 games so far this season in the Premier League, giving them the worst defensive record out of the top six sides in the standings.

In turn, if they harbour ambitions of climbing the table and battling for the top spots, they need to be more compact and tight at the back, but it’s difficult to see that happening unless they strengthen.

Further, Per Mertesacker is set to retire at the end of the season, as noted by BBC Sport, while Laurent Koscielny and Nacho Monreal are both over 30.

Despite that, it appears as though they may not make their move in the closing stages of the January window for another experienced option in West Bromwich Albion defender Jonny Evans, with The Mirror reporting that Arsenal aren’t prepared to spend £20m on him.

Whether or not a compromise can be reached ahead of the deadline remains to be seen, but importantly, it’s added by the Mirror that Evans could be available for just £3m this summer if the Baggies get relegated.

That’s a big if at this stage as there is still a long way to go this season, but with Alan Pardew’s men sitting in 19th place with just three wins in 24 games this year, perhaps that summer discount could come to fruition.

Evans would bring a great deal of experience and a winning mentality with him following his previous stint at Manchester United, and so it could be argued that it would be a sensible decision from Arsene Wenger to bolster his squad with his acquisition.

Nevertheless, he is also 30 years of age and so can’t be considered a longer-term option, but as noted by Sky Sports, Arsenal did move to bring in youngster Konstantinos Mavropanos at the start of the month and having impressed for the youth team already, he could also come into consideration before long.